In March 2017 Ruth wrote about the conservation of a collection of mould and water damaged documents that related to the Leeds Guardian Home in Alexandra Road, Leeds. The transformative treatment that this collection of papers received by The Sussex Conservation Consortium has allowed us to examine their contents and form a picture of the way in which the custodianship of this property and the work carried out there were handed over to The Salvation Army. In this blog I will write about what these restored records tell us about this transaction.

“That the object of this Institution be the preservation of public morals, by providing a temporary asylum for such women, as having deviated from the paths of virtue are desirous to abandon their vicious practises, where they will have suitable employment and instruction in order to the formation of those virtuous and industrious habits which will qualify them for a respectable station in society.”

The charity’s work was funded by voluntary donations and a number of subscribers from whom an annually elected committee was formed in order to administer its affairs. However, by 1909 the Society was facing financial difficulties and decided to entrust its responsibilities at The Leeds Guardian Home to The Salvation Army Women’s Social Work wing under the leadership of Florence Booth.

‘Reference has already been made to the fact that Mrs. Booth has consented, at the request of the Trustees, to undertake the direction of what is known as ‘The Leeds Guardians’ [sic] Home’, an old-established institution which, when Officered by Salvationists will form a useful adjunct to the work of our Women’s Temperance Hotel, at 19 Kirkgate, Leeds. On April 1st Mrs. Booth’s officers will take up their abode in the Home, and later on we hope to announce that a house-warming will be held by Mrs. Booth.’

Spring Grove House - as the Leeds Guardian Home became known from 1909 – was to operate as one of The Salvation Army’s ‘industrial homes’ and its early mission was to train the all-female residents for occupations in needle and laundry work. Latterly, it was converted into a ‘home for mothers and infants’ (unmarried mothers) receiving women at varying stages of their pregnancies who then stayed at Spring Grove House for – on average – seven months after the birth of their babies.

An Annual Report from 1924 describes the work carried out at the home under the governance of The Salvation Army:

‘E was a pretty, attractive girl, engaged in an office.  The attentions of a certain young man flattered and led her astray, and when about to become a mother, she discovered that he was married.  Genuine affection had been aroused, and it was with difficulty that she could face the fact that it would be impossible for them to come together.  At last, however, under our care and influence, the love of Jesus conquered her heart.  She is now doing well in a situation, a good Salvationist and a fond mother to the little one, who is in the care of a foster mother not far away.’

In 1916, at the end of The Salvation Army’s original seven year lease on the home, the question arose as to whether the Leeds Guardian Society could continue to exist and if not, how could its property and investments be ‘safely’ transferred to The Salvation Army.

‘The trustees of the Guardian Home Society feel that the time has now come.. .[to]… ask you to accept the house and all invested funds relating thereto, in order that you may continue to carry on the work of the Society as you may think proper and to enable them to wind up the old Guardian Home Society.’

What the correspondence reveals is that although a straightforward handover of property and assets had initially been hoped for, legal Counsel advised the Leeds Guardian Society to ensure that the process of transfer had the consent of the Charity Commissioners and was also overseen by the court. It was therefore proposed to the Society that they adhered to a clearly defined course of action.

In 1935 the Salvation Army Trustee Company was appointed as the Custodian Trustee of Spring Grove House and on the 18 of December that year the Charity Commission declared the ‘proceedings in this matter legally complete’. 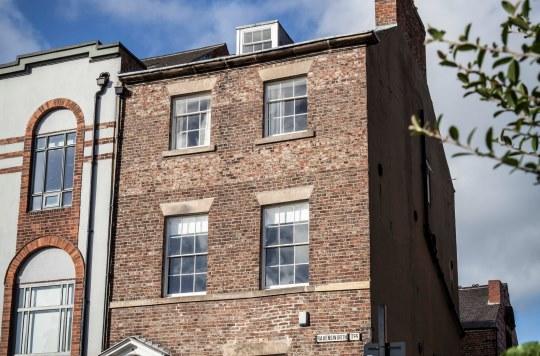