In our third guest blog, Birkbeck MA intern, Imogen Grubin, explores the who, what and why of The Salvation Army's east end Knitting Home.

What is a Knitting Home? Who were the people who used it? Why was it set up? These were some of the initial questions I had when I began my internship at the Salvation Army International Heritage Centre in January 2020. I am studying for an MA in Victorian Studies at Birkbeck, and as part of the course I was lucky enough to explore the archives and answer some of these questions.

The Lanark House Knitting Home was one of the Industrial Homes set up as part of the Women’s Social Work headed by Florence Booth, founder William Booth’s daughter-in-law. Not only offering a place to stay and training as a servant, the industrial homes also aimed to teach skills so that women would have something to support themselves with; at Lanark House, this was knitting on a knitting machine. By exploring objects in the archive I hoped to discover the stories of the women who were helped there and illuminate what these homes were like. I started by looking at the Lanark House Statement Books, the first volume of which records the girls who stayed between 1900 and 1908 and contains 253 records. They include statements taken from the girls when they entered the home as well as biographical information and what they did after they left. Sometimes shocking and always surprising, these books give a rare insight into the lives of working-class women who would otherwise be lost to history. They show why people came – such as Kate Mayhew who, after losing both her parents, resorted to prostitution and ‘states that one night, while in Victoria Park with a man, she suggested going to The Salvation Army and he replied “it was the best thing she could do”’.

Many of the girls corresponded with The Salvation Army by letter before arriving, and these letters are recorded in the Applicants’ Secretary’s Interview Books. On looking through these, I realised there was a fourth question to add to my list: why was the Knitting Home in the location it was – 13 Laura Place, Clapton? It quickly became clear that the streets surrounding Lanark House were a hive of Salvation Army activity. Emily Young is recorded as ‘sent to Knitting Home same day’ she arrived at the Receiving Home. The Receiving Home was the first stage of life in the Salvation Army, where girls would be assessed before being sent to the home deemed best for them (other rescue homes included Maternity Homes and Inebriate Homes). Although Emily had not travelled far – only from the Islington Workhouse – this still sounds like a long journey and does not give time for a new arrival to acclimatise themselves to their new surroundings in The Salvation Army. The Receiving Home itself, however, was just down the road at 259 Mare Street, Hackney, about a twelve-minute walk from Lanark House.

I decided to do some more digging, and by looking at the records for Salvation Army buildings in the Women’s Social Homes and Hostels books, I tracked down other buildings in the Hackney/Clapton area. The Knitting Home itself was only established at Lanark House in 1902. Before this it was housed on Clapton High Road from 1891-1900, then at 122 Lower Clapton Road from 1900-1902.

122 Lower Clapton Road went on to be used as a training institute, and as Laura Place leads off from Lower Clapton Road this is incredibly close. The Congress Hall, where the girls would be taken for meetings, was on Linscott Road, about 3 minutes away, and Grove House, a rescue home for inebriates, was on Oldhill Street, 29 minutes’ walk away. Hackney and Clapton were a stronghold of Salvation Army activity, with William and Catherine Booth living at 114 Clapton Common and buried in Abney Park Cemetery in Stoke Newington. But why was this area so important? Time to dig some more.

William Booth, in the first edition of the Christian Mission Magazine in 1870 (later to become The War Cry) complained of ‘The appalling temporal and spiritual destitution of the East of London’, where ‘the most squalid poverty, the most hideous vice, the most dreadful crime, and the most abject misery abound in every direction’. Indeed, Charles Booth’s poverty maps (no relation to William) categorise a large number of families living in Hackney and Clapton in 1898 as ‘very poor’ or ‘poor’, so it is unsurprising that charitable missions focused on this area.

It was not just The Salvation Army who built charitable institutions here. Down the road from the Receiving Home on Mare Street was the Elizabeth Fry Refuge, at number 195. Established in 1849 in memory of prison campaigner Elizabeth Fry after her death in 1845, it offered the same protection to vulnerable women – in this case, particularly women just out of prison or from the police courts. Like the Knitting Home, it offered a place to stay as well as teaching women a skill, here embroidery, which they could use to earn their living when they left the house’s protection.

Being so close together and with such similar ideals, it seems almost impossible that the two institutions would have had no relationship. Indeed, one girl sent to the Knitting Home, Maud Edwards, had come from the Elizabeth Fry Refuge. She was ‘quarrelsome’ whilst at the Elizabeth Fry Refuge, but ‘said she would be good if they would take her to a Salvation Army Home’. It is at first unclear why she wanted to go to a Salvation Army Home, although it is certainly possible that she would have been aware of the Army Homes whilst at the Elizabeth Fry Refuge, and may have thought The Salvation Army Homes would be less strict and more comfortable. It soon becomes clear however that Maud had no desire to become a Salvationist – her behaviour in the Knitting Home was ‘not good’ and she leaves after three and a half months after being accused of stealing.

Although Maud appears to have been using the Home for its offer of food and shelter, her story shows that there was some kind of communication between charities and a network between them to help those who needed support.

It is fascinating what can be gleaned from examining the statement books of the Knitting Home, and research leads off in all sorts of different directions. The physical location of where the Homes were located is just one avenue of research that I uncovered during my internship. 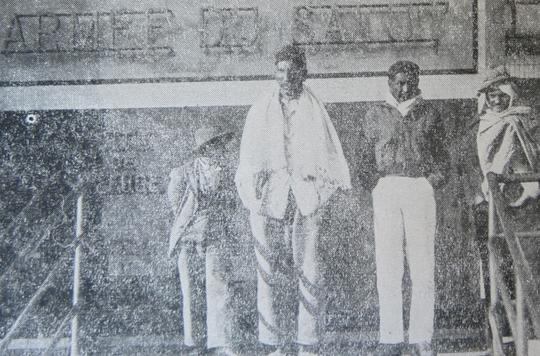 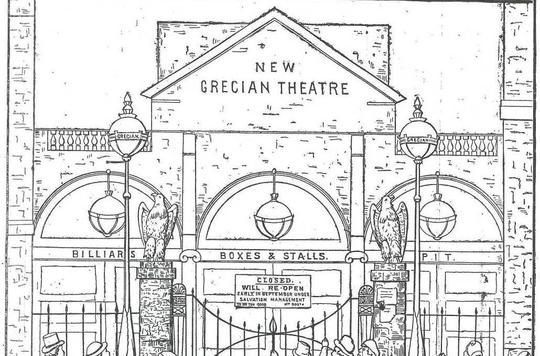 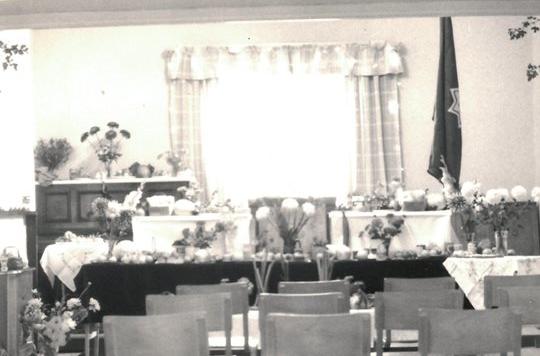 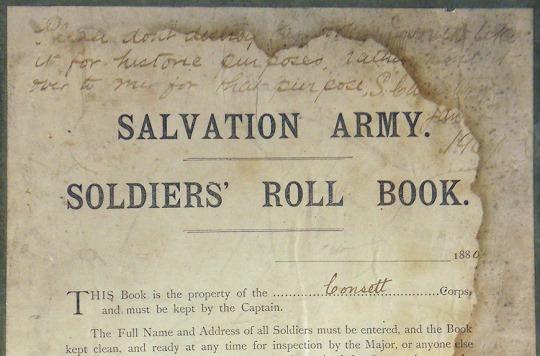