A VIDEO clip from Sedbergh School in Cumbria, filmed at its Easter rugby training course, has inspired people around the world. It’s not of a dramatic try or a skilful tackle, but of one boy encouraging another. ‘Everyone’s older than me, everyone’s bigger than me,’ young Bob laments with tears in his eyes. Jack comes up to him, puts his hands on his team-mate’s shoulders, and says: ‘Listen to me. Trust me. Look at me, Bob. I am the shortest kid here. It doesn’t matter if you’re short, if you’re young. It doesn’t matter if you’re tall, or if you are fat here. You are a brilliant rugby player. Do you understand that? You are insane! You are actually insane for your age. Right, give me a hug.’ The coach, clearly moved, says to Jack: ‘Best team-mate ever.’ He later described it to The Times as a ‘magic moment’.

We all need to hear encouraging words from time to time, whatever our age. We might be struggling personally or with a situation at home or at work – or we might be disturbed by national or world events. We could even get discouraged by something that has happened in The Salvation Army. If that’s the case, then this week’s Salvationist has encouraging words that will hopefully give you a boost.

In a ‘Viewpoint’ article Brian Colley looks at some of the changes he has seen in the Army over the years – changes that might discourage some people. But rather than dwelling too much on those, he considers the positive aspects. ‘Some people today might prefer to put the clock back, but that would not be possible or sensible,’ he says and suggests changes that could help us fulfil God’s mission better in the future.

Briston is one example of a corps that has experienced change over the years. Corps Secretary Marilyn Reynolds mentions the past in her ‘We are The Salvation Army’ article, but her main focus is on what’s happening now – and it is encouraging! Although they are without a corps officer and were unable to meet during the Covid-19 pandemic, they ‘came together to work in the community’ and opened a food bank. Last October they started a group for carers and loved ones of people living with dementia. Three new people have begun attending the corps through this community work.

The Rev James Macfarlane responds to John Coutts’ recent article on healing. He says that, although prayers for physical healing aren’t always answered as we would like, wellbeing includes emotional and spiritual health and God often gives this in answer to prayer. He also says God can use us as the answer to other people’s prayers.

You’ll find further encouragement from reading news about corps across the territory whose Holy Week and Easter activities included meditation, celebration and outreach. And delegates from the Easter Music Course share their insights into a week of ‘fun, learning, worship and fellowship’. Also take encouragement from the new commitments page, which features people who have recently joined the Army and briefly tells their stories.

American pastor and author John C Maxwell says, ‘Encouragement is oxygen for the soul.’ So, however you are feeling as you open your copy of Salvationist, may you find some of that oxygen in these pages – something to lift your spirit, deepen your faith and inspire you in your service for the Lord. And if that service leads you to share words of encouragement with others, so much the better! 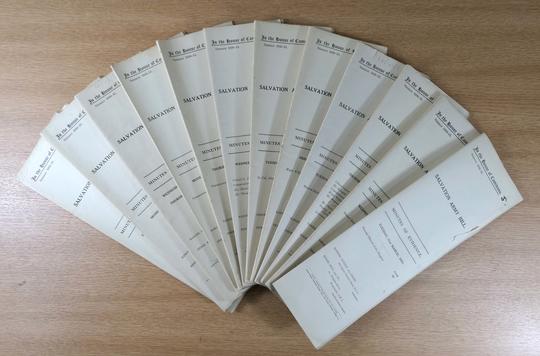 The UK's only weekly Christian comic, most popular Christian weekly and weekly newspaper.

The War Cry is packed with features, reviews, mouth-watering recipes, puzzles and more. 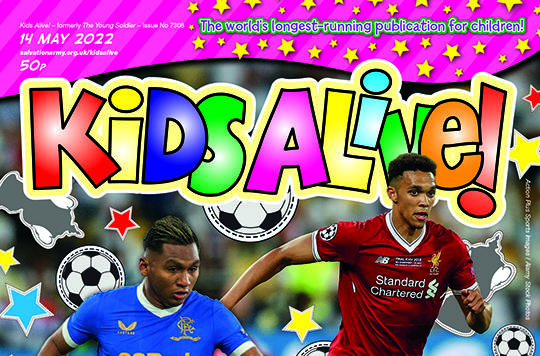 Kids Alive! - the UK's only weekly Christian comic - is filled with jokes, cartoons and much more.