The Salvation Army is giving refugees the tools to protect themselves from becoming tomorrow’s victims of modern slavery and human trafficking as well as encouraging aid workers to be vigilant whilst they are offering people practical assistance.

Go to the police or authorities if:

Through its frontline work over the years in refugee camps across Europe and with recovering survivors of modern slavery and human trafficking, The Salvation Army recognises the need to move quickly protect vulnerable people as exploiters and criminal gangs take advantage of the chaos of war.

Its workers have witnessed for themselves how human traffickers prey on these vulnerable people. This could be men offering to pick young women up at the border; becoming aggressive if they do not accept help; offering accommodation to women with only one or no children; or offering accommodation and jobs from other parts of Europe via social media.

Galina Chetroi, Modern Slavery and Human Trafficking Response Consultant for The Salvation Army in Eastern Europe describes how teams from Moldova rushed to the border in the first days of the crisis and have remained ever since providing accommodation, transport and food both there and in their buildings. Galina said:

“What we have seen during this crisis is that human trafficking is real and it is high risk. First we saw whole families fleeing the Ukraine but after a few days it was just women and children coming across the border to safety. Many of these women were leaving the Ukraine for the first time, didn’t know where they were going and had no contacts outside the Ukraine.

"They were scared, anxious to protect their children and worried for their husbands, dads and brothers who were left back home - in all that the last thing on their minds was human trafficking and that it could happen to them.”

Galina and others witnessed an overwhelming response from the people of Moldova rushing to the border eager to help. She continued:

“Most people came with open hearts just wanting to help but there were also those wanting to benefit from the situation. So we set about equipping the women with information, first in our conversations and over time with leaflets posted online and in print.”

As Salvation Army people and programmes in Ukraine, Russia, Poland, Romania, Moldova and other European countries are responding with humanitarian aid, its network of modern slavery specialists is also linked in to address the risk of refugees being exploited.

As well as providing practical assistance and sharing information translated into Ukrainian to alert those fleeing to their rights and the risks, Salvation Army teams have also been sharing updates from the frontline with anti-trafficking networks and using their contacts to get women and children to a safe place.

Major Kathy Betteridge, Director of Anti Trafficking and Modern Slavery for The Salvation Army in the UK and Ireland said:

“In our network of UK safe houses and outreach services for survivors of modern slavery we see how conflicts places people at greater risk of human trafficking. The impact can continue long after war has ended as traffickers prey on displaced people. In recent years we have supported hundreds of people from places like Sudan, Eritrea and Iraq.

We must now do everything in our power to prevent new people becoming victims, especially as criminal networks are already well established in countries close to Ukraine such as Romania.” 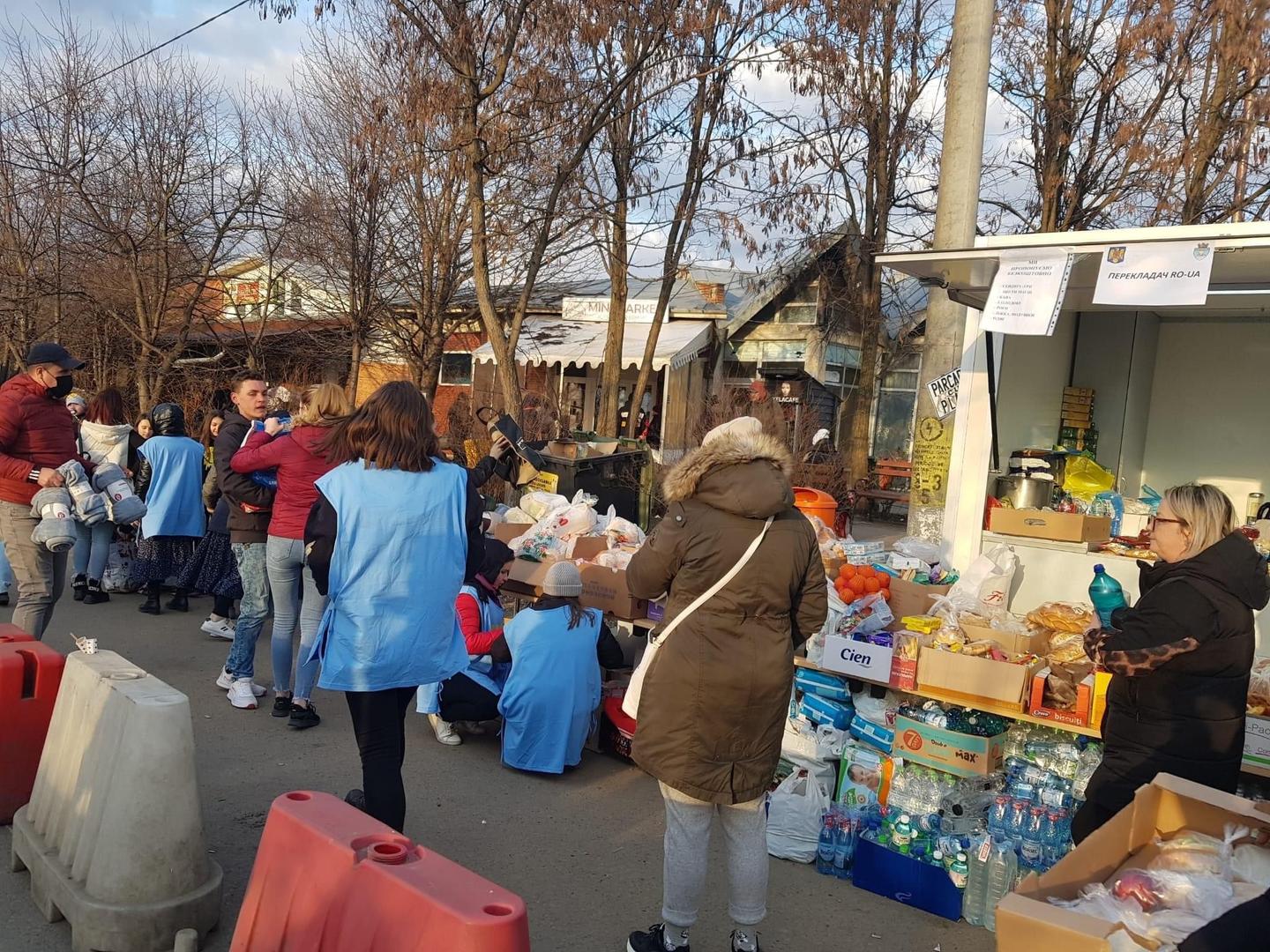 Find out more about how we are helping on the ground in Ukraine and bordering countries.