Tower 42 lights up in support of survivors of modern slavery

An outline of The Salvation Army’s distinctive red shield logo will light up the iconic Tower 42 building from 18th to 20th October to help the church and charity  raise awareness of modern slavery.

Prominent in the City of London skyline, the 183 metre tall skyscraper will stand in solidarity with survivors of modern slavery this year, thousands of whom have been supported by The Salvation Army and its partners through their networks of safehouses and outreach support.

“It is fantastic that Tower 42 has chosen to support us in this way. Modern slavery is a scourge on society, which all too often goes unnoticed. We hope that people glimpsing the unusual sight of The Salvation Army’s red shield without the lettering, will be prompted to ask why it’s there and learn more. The public have an important role to play in spotting the signs of people trapped in slave-like conditions across our cities, towns and villages and reporting their suspicions.

“Our specialist teams can give survivors vital support as they begin to rebuild their lives, but now more than ever The Salvation Army needs the public and frontline workers to be vigilant to help the police and others get them to safety.”

The Salvation Army’s confidential 24/7 referral helpline 0800 808 3733 is there for anyone who suspects that they or someone elsemay be a victim of modern slavery and in need of help.

People can be exploited in a range of situations, including construction, farming, factories and the hotel trade. Anyone could come into contact with a victim of modern slavery without even realising; however there are some tell-tale signs:

The Salvation Army is also encouraging the public to join its #WeAreNotForSale campaign by wearing and sharing pictures on social media of its specially-designed  temporary tattoo, which features a barcode to symbolise how slavery treats people as objects that can be bought, sold and exploited.

The tattoos are on sale for £1 at the organisation’s online shop: http://www.sps-shop.com/, all proceeds from the tattoos go towards the Survivor Support Fund which provides vital additional support to help survivors of slavery move on with their lives. 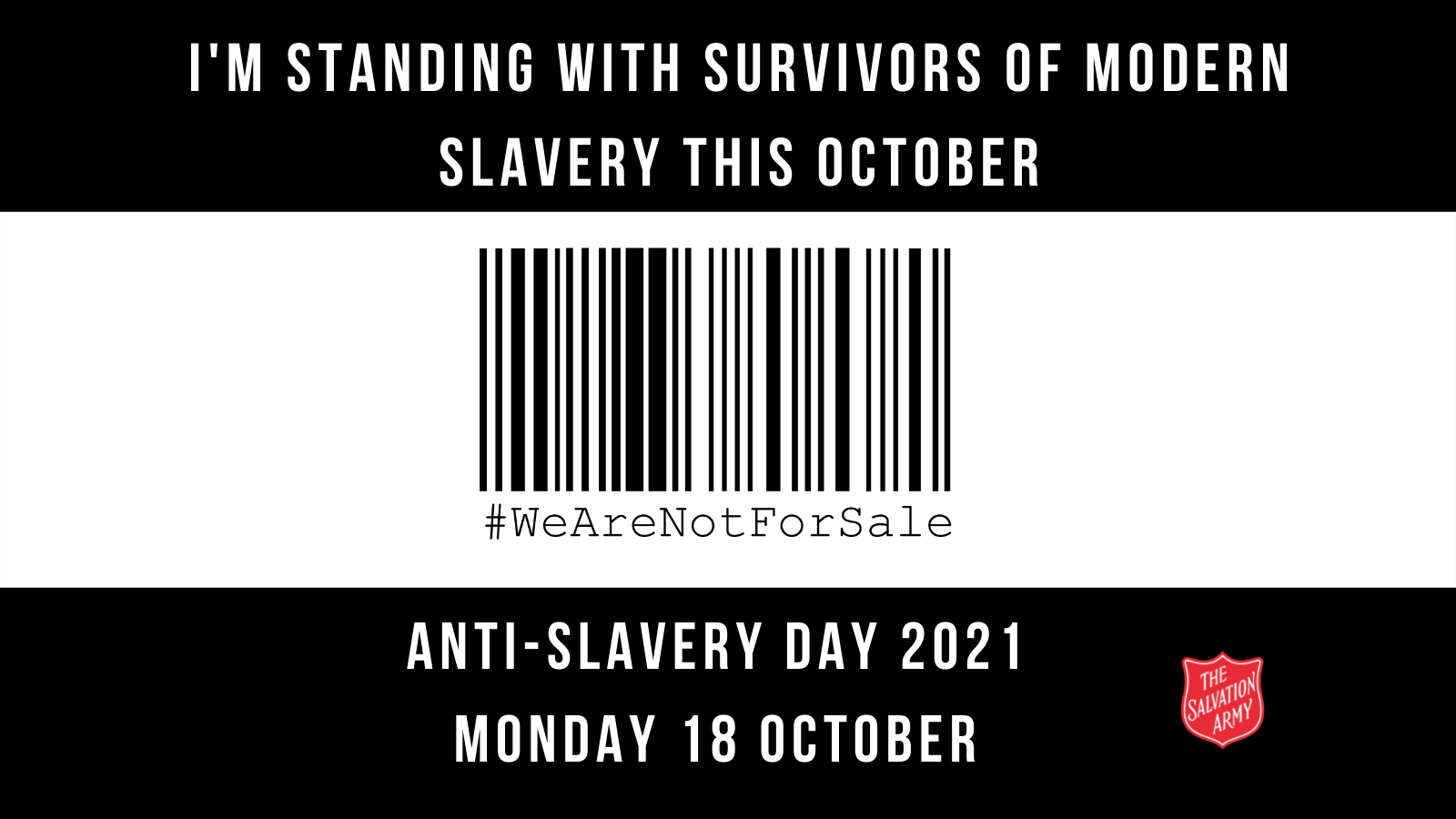 Find out more about our modern slavery work