Salvation Army churches and centres are taking climate action and ensuring that care for the world is a top priority in the wake of the COP26 climate conference in Glasgow.

The Salvation Army UK and Ireland Territory is already a part of the Climate Coalition and Salvation Army churches across the country have spotlighted environmental issues to mark Climate Sunday in September, with many incorporating the topic into their annual harvest services.

The Salvation Army recently revised its vision and mission statements. ‘Care for creation’ is now one of five mission priorities.

In September, Lt Colonel Carol Bailey, The Salvation Army’s Secretary for Scotland, joined with other faith leaders in the country to call for urgent action in limiting the effects of climate change and to highlight the critical importance of decisions made at COP26.

At least ten Salvation Army churches (known as corps) in the UK and Ireland have committed to being ‘eco churches’ – so that the theme of caring for the world runs through all they do.

One of those churches is The Salvation Army in the Forest of Dean where they have been awarded a bronze award as part of charity A Rocha UK’s scheme to encourage churches to put care for the world at the forefront of what they do.

The church started by applying the LOAF principles relating to food produced for church activities – this meant all food was Locally Produced, Organically Grown, Animal Friendly, and Fairly Traded.

They then began encouraging people needing food bank support to consider eating seasonally, which grew into helping families grow their own vegetables. The church developed its Our Hub garden into a community vegetable garden with greenhouse space for community growing. The church also owns sheep, goats and chickens, holds seed swap events and supplies low income families with starter kits of seeds, compost and pots.

They also began using green-friendly cleaning products, and now even the church toilet paper is eco-friendly.

However, Major Vivienne Prescott, who leads the Forest of Dean Salvation Army, wanted to ensure that when talking about nature and the environment the ethos they fostered was one of loving concern and not paralysing guilt. Many of the children and young people the corps works with have been through trauma, and she wanted to be sure that they felt empowered rather than fearful.

As a result, the church launched Wild Ministries, which encompasses - Wild church, Wild kids, Wild women and Wild recovery. All aspects of Wild Ministries aim to encourage a love and enjoyment of the outside world.  Each church service that forms Wild church take place outside with a focus on the sacredness of nature and meeting creator God outside whether that be by a stream, river, or in the woods.

Major Vivienne said: “Really it comes down to the principle that you won’t protect what you don’t love and you won’t love what you don’t know. We wanted to help people fall in love with the environment and help people learn how they could make a difference. We are encouraging people to live differently and live more sustainably.”

Another church who have taken on the eco church mantel are The Salvation Army in Watford. Their community allotment is visited by more than 120 school children, teachers and parents every week. The local school help the church grow fruit, vegetables and flowers, and the church also has a meadow and wildlife pond made out of an old bath tub.

Watford Salvation Army are also converting an electric-powered tuk tuk into a coffee cart serving Fairtrade and organic produce, which will act as a community centre on wheels.

The Salvation Army has also launched a range of resources to support churches, young people and children in their love of the outside world and to encourage climate action.

* Get OWT! for toddler groups – a programme aimed at encouraging toddlers and their carers to learn to love the outdoors. The programme is already being run by 10 Salvation Army churches, as well as 10 churches of other denominations.

* Climate-focused resources for children and young people: Witness With the World is aimed at young people’s groups. Salvation Army children’s resource Explore It has climate-focused materials (initially suggested for use in September) available here. 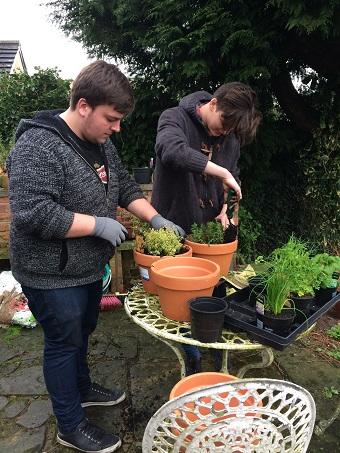