The Salvation Army is standing with over 130 organisations to call for climate action for the sake of all the things that matter most.

Show the Love is an annual celebration of everything we care about and want to protect from the worst impacts of the climate crisis. Every February, since 2015, people from across the UK use the power of green hearts to join together and ask politicians to put aside their differences and tackle the climate crisis.

The past year has been a year like no other. The devastating impacts of the pandemic have impacted us all, and made us value what we love more than ever.

Join us between 1st - 21st February and use your voice to ask politicians to commit to building a cleaner, greener world that works for everyone. By taking part you’re joining with hundreds of thousands of people - from musicians to football clubs, community groups to businesses, astronauts to schoolchildren, teachers and faith leaders - to show the love for everything we want to protect from the climate crisis.

Explore the Show the Love resources

In Malawi, rain-fed agriculture is the mainstay of many rural households. Like many countries in Africa, Malawi has experienced the adverse impact of climate change. In recent years, farmers have endured longer dry spells as well as flooding which have both devastated their agricultural production. The Salvation Army is working alongside farmers in Malawi as they work to produce sufficient food and nutrition for their families in the face of inconsistent rainfall caused by climate change.

Felix Mukubwa is a 42-year-old father of four. He lives with his wife and children in a small house in Mwipimei Village Head in Karonga District in Mzuzu province of Northern Malawi.

Felix determined to change his life and joined The Salvation Army’s Water, Sanitation and Hygiene (WASH) and Food Security project. Through conservation agriculture training, he learnt various ways on how to make the best use of his land. He said, ‘I was trained on the importance of mulching my crops to protect the soil moisture from evaporating, planting on the initial onset of the rainy season and planting my seeds in holes along straight lines’.  This has proved to be very useful as his crops have continued to thrive despite the prolonged dry seasons.

Felix has also experienced increased yields in his harvest. He said, ‘Before using conservation agriculture, I used to harvest an average of 10 tins of 25 kgs each. Since I began using conservation agriculture, my yields have increased to 22 tins of 25 kgs each’. Felix has been able to sell his surplus and preserve some for his family’s consumption which will last until the next harvest.

Felix has excelled in his farming and was selected to become one of the lead farmers in his village. He said, ‘when my neighbours come enquiring why my crops are thriving while theirs are wilting, I take the opportunity to share my knowledge with them. Gradually my whole village is realising the benefits of these farming techniques’.

About The Climate Coalition

The Salvation Army is part of The Climate Coalition, the largest group of people dedicated to action on climate change and limiting its impact on the environment and the world’s poorest communities. With our sister organisations Stop Climate Chaos Cymru and Stop Climate Chaos Scotland, our combined supporter base embraces more than 11 million people spanning over 130 organisations across the UK, from environment and development charities to unions, faith, community and women's groups. Find out more information on The Climate Coalition website. 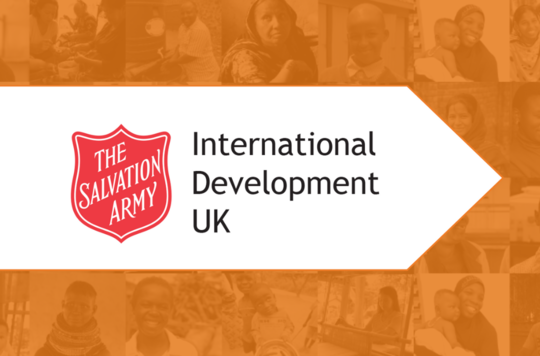 Supporting communities around the world to defeat poverty and injustice Join our campaign for change across the globe 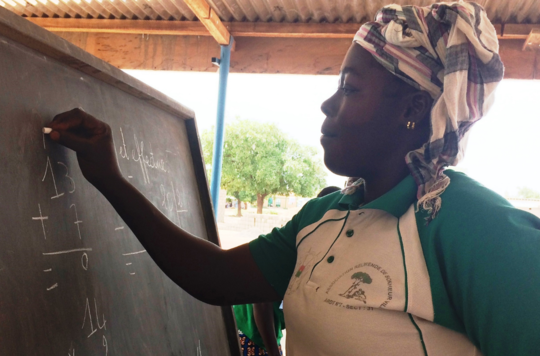 Working with communities around the world to overcome poverty and injustice More about who we are, our mission and contacting us