One in five young adults will rely on charity this Christmas

One in five adults under 30 say they will have to rely on charity this Christmas, and over half (51%) of them have children, according to The Salvation Army.

The survey* of more than 2000 UK adults aged 18 to 30 found that despite nearly half (48%) being in full-time jobs, thousands live hand to mouth with those in work just as likely as the unemployed to need charity support.

Nearly one in five (19%) are also behind with their rent or mortgage, and the church and charity is warning that with the rise in the cost of living, many young people are on the cliff edge of homelessness.

Catherine, aged 24 from Harwich, is a full-time mum to a six-week-old baby and an 18-month-old toddler. With her partner out of work, their young family is struggling financially and have to rely on support from charities like The Salvation Army for essentials such as nappies, baby milk, washing powder and groceries.  She says: “Money is really tight at the moment and Christmas will be a real struggle. My partner’s short-term job finished four months ago but he can’t find work as his skills don’t match the job vacancies in the area where we live.

“We can’t keep asking our relatives for more help as they have their own bills to pay. I can’t believe that I have to rely on charity to get through Christmas but we’ve got young children to think of. I worry about what else next year will bring, but The Salvation Army said they’ll give my partner free employment advice which we hope helps as we don’t have anywhere else to turn.”

The research also shows that since the start of the pandemic:

Office for National Statistics figures** plus research from Think Tank, Demos***, show that this age group is more likely to be in low-paid, low-security jobs with more of their income going on housing. They are also more likely to have suffered financially due to the pandemic as a higher proportion worked in industries that shut down or put furloughed staff on reduced wages.

The Salvation Army’s Lieut-Colonel Dean Pallant, said: “Christmas should be a time of joy, but there will be no Christmas cheer for those young adults who are struggling to make ends meet and worried about how much longer they can keep a roof over their head.

“There are real people clearly in desperate need behind these statistics, and we are preparing for one of our busiest Christmases ever. Our doors will be open to support the thousands in crisis with food, warm clothes, emergency shelter and Christmas presents for their children.

“We are also seeing young adults who have jobs but still struggle to make ends meet and have to rely on our foodbanks and other support we give to vulnerable families. Now the rise in the cost of living will eat up even more of their income, and they could fall deeper into debt and poverty and start the new year facing homelessness.”

The Salvation Army is calling for:

The Salvation Army runs food banks across the UK and offers free debt and employment advice.  Last Christmas, the church and charity distributed gifts to nearly 100,000 children from vulnerable families. 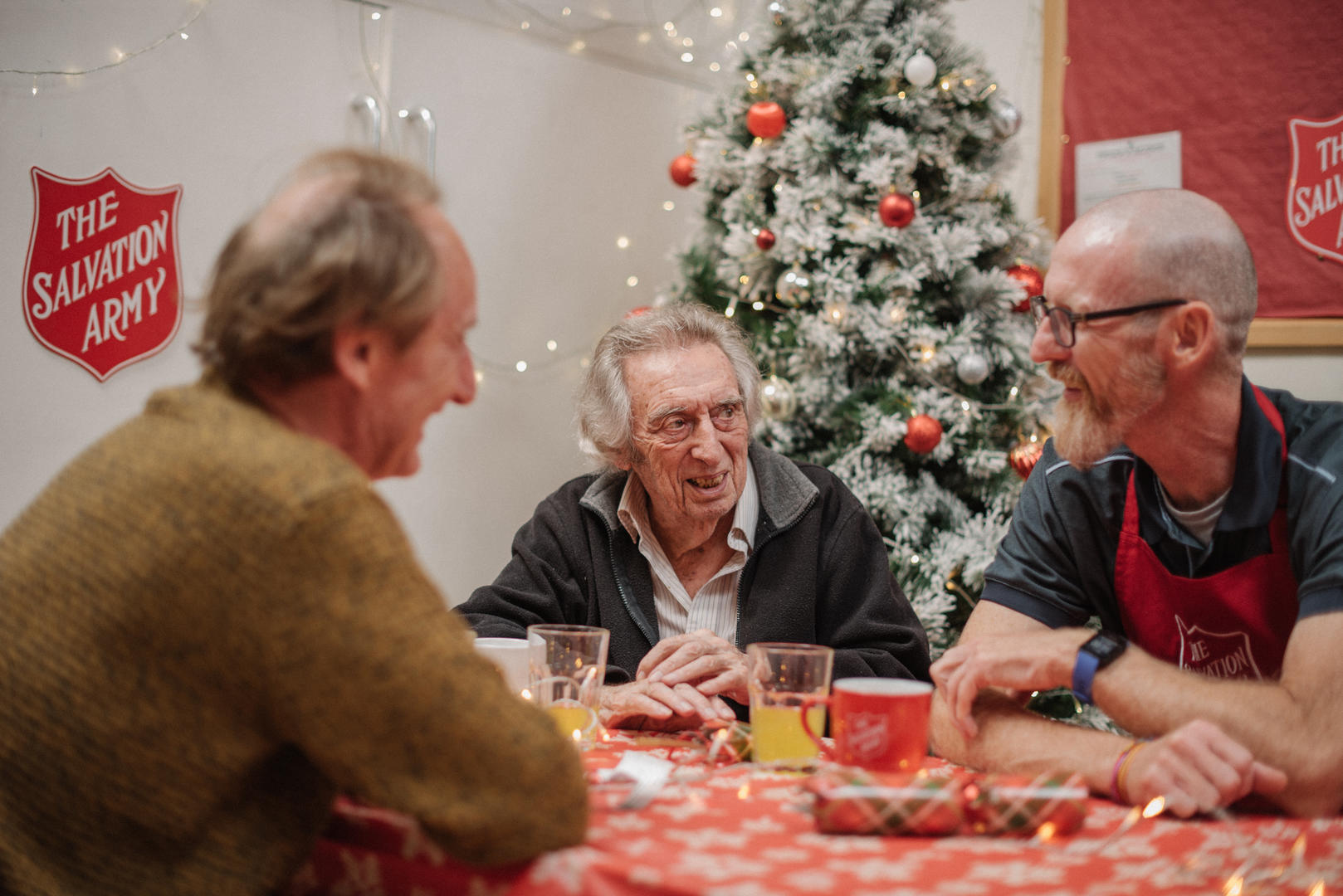