The leaders of a Salvation Army church have paid tribute to four members of their congregation after they were recognised in The Queen’s New Year Honours List.

Dr Russell Rook was awarded an OBE, while Phil and Wendy Wall and Chris Hickford each received an MBE for their charity work. All four attend the Raynes Park Community Church in south west London.

Majors Nick and Kerry Coke, church leaders, said they were delighted and proud to hear the news.

They said: “Having four people from the church in one year was quite incredible! It was completely unexpected and yet in some ways not that surprising given what we know about these integral members of our church family. We have witnessed over the years the fantastic work that they do, their tireless dedication to the cause, and remarkable use of their God-given gifts.”

Dr Rook was awarded an OBE for services to social action over many years including his time working for The Salvation Army. He is a founding partner of The Good Faith Partnership and was recently instrumental in building a network of more than 1,100 churches across the country to respond to the pandemic.

Phil and Wendy Wall set up WeSeeHope, an organisation supporting vulnerable children in East Africa after they tried and failed to adopt a toddler from South Africa who was HIV positive.

Wendy said that she and Phil feel overwhelmed and humbled by the award.

She added: “After the adoption failed, we made a personal commitment to try and invest in as many young lives as possible, and we have just tried ever since to keep that promise.”

Chris Hickford, founder and chief executive of children’s charity Eikon, was awarded an MBE in recognition of 35 years’ service to children and young people. He developed the charity, which was initially based in a broom cupboard at a school, into an organisation which now has an income of £2.5 million and more than 100 volunteers.

He said: “All I ever set out to do, was to make sure children and young people had someone to turn to when life was tough.  Often their circumstances were unimaginably tough and utterly heart breaking, yet with our support to build their strength and resilience, they so often come through the other side.”

Chris dedicated his award to everyone who has contributed to Eikon’s success. 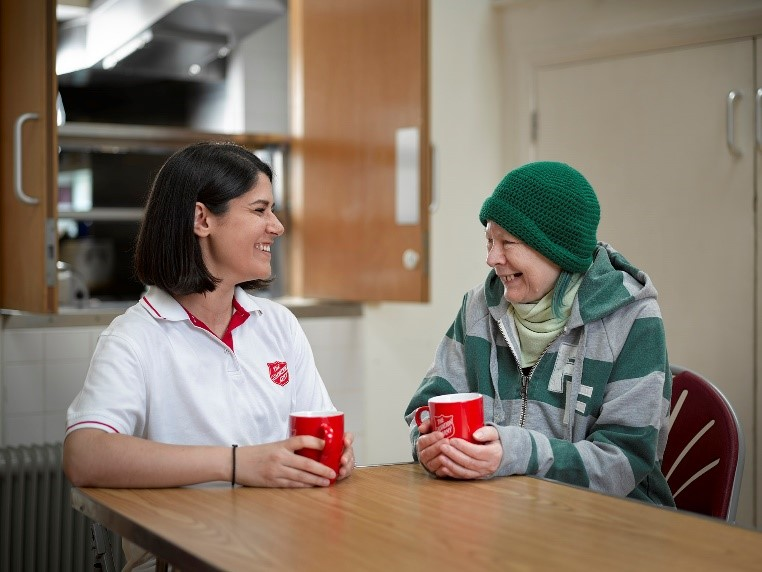