The Mission and History

Although Mission flows through all we do, we have a specific team that are blessed to be able to provide engagement activities to staff, trainees, volunteers and the 700,000 annual visitors with a defined focus on Mission, Discipleship and Worship. We run regular weekly activities that we would love to welcome you to –

Thursday: 10:00 & 11:00 Tree Tots Wonder Walks - our free group for tots and their carers to explore and learn together.   This group will not take place during the school summer holidays.

We meet at the Hub Café for all of these activities.

Muddy Church is hosted once per month and gives the opportunity for children and families to explore Christian faith through craft activities and wonder trails.

Forest Church takes place seasonally and is Church for people who want to explore Christian spirituality in nature.

In 1891 The Salvation Army bought 900 acres of farmland in the Essex village of Hadleigh and developed a pioneering social programme to empower people living in poverty and experiencing long-term unemployment. After 125 years of transforming lives The Salvation Army continues to be at the heart of the local community today.

The purchase of Hadleigh Farm in 1891 implemented the social manifesto of William Booth, founder of The Salvation Army. Men experiencing homelessness and unemployment in the East End of London were given the opportunity to escape the deprivation of the capital and move to Hadleigh Farm where they could learn new skills, principally agriculture and brick making. The aim was to give these men and their families a hand-up out of poverty, rather than a hand-out, in the hope that they would find employment and stay out of the workhouse.

The Estate supported itself, selling its produce to the Southend community and trading bricks with London. By the end of 1892 the site incorporated a working farm, three brick works, a hospital and a Salvation Army church, as well as a tramline and railway for transporting agricultural produce and bricks from the farm to the wharf in Hadleigh Ray.

The services The Salvation Army runs at Hadleigh Farm have evolved over the years in response to need. By 1912 nearly 7,000 men had worked at Hadleigh Farm, with more than 60 per cent finding employment. As the Government developed its own welfare programme, the need for projects such as Hadleigh Farm became less urgent. In the 1930s the farm provided a place of refuge to Basque children during the Spanish Civil War, as well as around 70 Jewish refugees fleeing persecution in Germany and Eastern Europe.

Today, Hadleigh Farm continues the work started by William Booth in helping unemployed or marginalised members of society to reach their individual goals. The 900 acre site is a mixed commercial farm with 600 acres of crops and 300 acres of organic grassland, with a commitment to "environmental protection and providing training for sustainable living."

The crops produced by Hadleigh Farm are diverse and provide, among other things, the malt to make Malteasers and the wheat for Hovis bread. Hadleigh Farm crops also provide the staples of everyday life such as the winter wheat which can be used in bread, biscuits, flour or breakfast cereal. Finally, in keeping with our commitment  to environmental protection and sustainable living, some of our crops are used to feed the animals here at Hadleigh Farm.

The farm has also become a fascinating place for the general public to visit, offering many activities and attractions, including picturesque views across the Thames Estuary, a tea room which is an integral part of local community life. There is also a Rare Breed Centre, which is home to a number of rare and endangered breeds- including Cookie the Exmoor Pony, Middle White pigs and many breeds of goats, sheep and poultry.

Hadleigh Farm is enrolled in an Entry and Higher Level Stewardship Scheme agreement including:

Hadleigh Farm therefore engages with partners including Natural England, the Environment Agency, English Heritage and Essex County Council in order to preserve and enhance the environmental assets of the farm. Hadleigh Farm grows a number of arable crops including feed and milling wheat, barley, oats, beans, peas and oilseed rape. 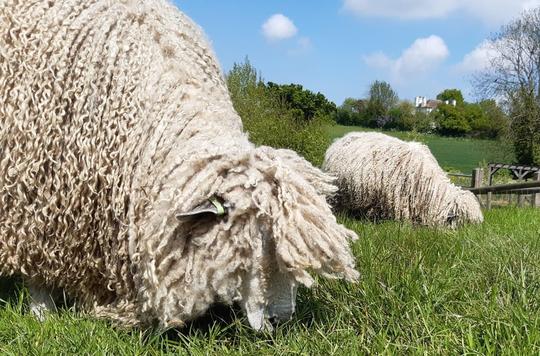 Our aim is to help conserve and promote the UK's Rare Breed Livestock through education and breeding programmes. 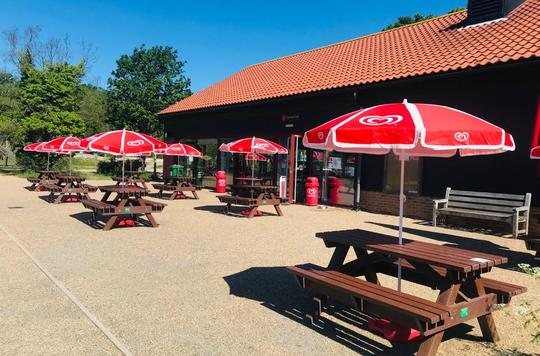 The Hub Café offers a range of freshly prepared homemade food. We believe in sustainability and minimizing negative impact on the world around us. 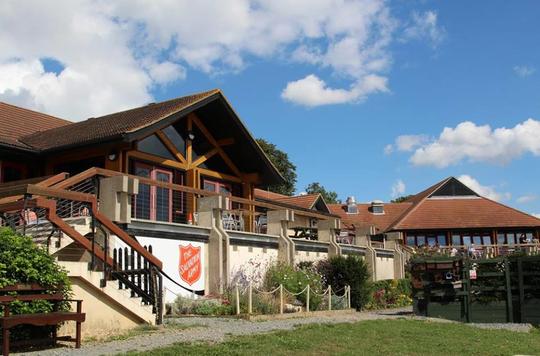 For 122 years Hadleigh Farm has been a place where people come to receive training and develop the skills they need to succeed in whatever they want to do.