The Salvation Army has been working with the emergency services to provide welfare support for a number of stranded lorry drivers caught up in severe traffic delays on the M20.

The South-East Division has been asked by Kent County Council to support the police as part of Operation Stack, where freight vehicles are parked along the carriageway because of delays at Eurotunnel or the Channel ports as a result of Covid-19 restrictions.

A small team of staff and volunteers from The Salvation Army’s Kent base, using The Salvation Army’s emergency vehicle, have been preparing and delivering bagged meals to Kent Police for distribution to drivers in need. Hundreds of lunches have been provided to those stranded so far, with many of the drivers fearing they will not get home for Christmas.

The Salvation Army’s Territorial Emergency Response Officer Adrian Clee said: “Our emergency response teams are well known for supporting people in times of hardship and are often called on by the emergency services to provide food, drink and support at large incidents. Salvation Army volunteers have been pleased to roll up their sleeves to support drivers caught up in the delays.”

To donate to the work of The Salvation Army's Emergency Response teams in the South East of England click here. 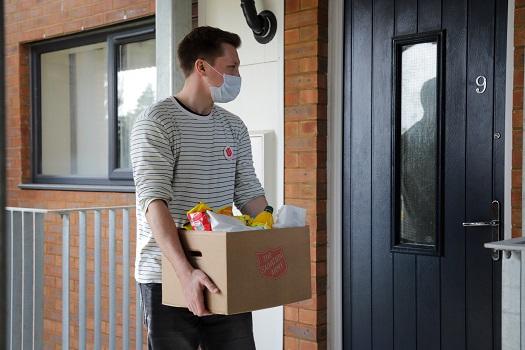