The work of The Salvation Army has been recognised in today’s New Year’s Honours List.

“The Salvation Army family mobilised extremely quickly when lockdown started, and we’ve continued to adapt brilliantly. Our 650 churches continue to respond to a huge range of needs in communities in all corners of the UK. Our staff have done amazing work to keep open our residential centres for people experiencing homelessness, for older people and for survivors of modern slavery. We’ve also ramped up our services to help people find work, training and deal with debt.”

Julius Wolff-Ingham, The Salvation Army’s Head of Marketing & Fundraising and Assistant Secretary for Communications has been awarded an OBE for services to charitable fundraising. Julius has delivered outstanding, sustained and innovative fundraising results across the UK for more than 30 years benefitting the whole charitable sector. While he currently leads The Salvation Army’s fundraising and marketing department, he is also a trustee of The Royal British Legion Poppy Factory and The Southbank Sinfonia Foundation and a Fellow of the Chartered Institute of Fundraising.

Kim Rogers who is a family worker at Oldham Fitton Hill corps was recognised for her work with REEL CIC (Community Interest Company) who provide activities designed to empower people to find their purposeful life.

This year, REEL CIC collaborated with The Salvation Army in Oldham to set up The Meet, Cook and Eat Project. This summer holiday project helped get people cooking healthy meals while staying connected.

Lifelong Salvationist, Dr Russell Rook has been awarded an OBE for services to Social Action over many years including his time working for The Salvation Army. Most recently Russell as Founding Partner, Good Faith Partnership supported many Salvation Army corps (churches) through the ‘Your Neighbour’ initiative to support vulnerable people during the pandemic.

Phil and Wendy Wall, founders of the international development charity WeSeeHope and also Salvationists have been awarded an MBE. The couple founded  WeSeeHope in 2000 and have helped of over 675,000 vulnerable children in Southern and Eastern Africa with community-led programmes. Their interest in supporting children in Africa was partly sparked by a visit to a Salvation Army orphanage in Johannesburg.

The leader of The Salvation Army in the UK and Ireland, Commissioner Anthony Cotterill commented: ‘It is humbling that The Salvation Army’s vast and far reaching services have been recognised. Lt. Colonel Dean Pallant, Kim Rogers, Dr Russell Rook, Phil and Wendy Wall plus Julius Wolff-Ingham along with countless others have worked tirelessly to ensure the broadening of our assistance to the most vulnerable.”

Commissioner Cotterill reflected on the recognition of Julius Wolff-Ingham’s many decades of service: “Julius has shown remarkable innovation, drive and loyalty in supporting the diverse and significant work of The Salvation Army across the United Kingdom and Ireland. He has always maintained the highest ethical standards in fundraising while seeking to develop sincere relationship with donors. He could easily have prospered his career elsewhere with far greater personal financial reward, but he has dedicated himself to ensuring that The Salvation Army’s Christian message of love and hope, lived out in practical application, is furthered and deepened across these islands.”

Julius said: “This reward reflects the deep generosity of the British public who help organisations like The Salvation Army and The Poppy Factory support vulnerable people. The last two years, in particular, have shown not only how charities have risen to the occasion and done their utmost to help the people in greatest need, but how as a nation we pull together to help those in need.” 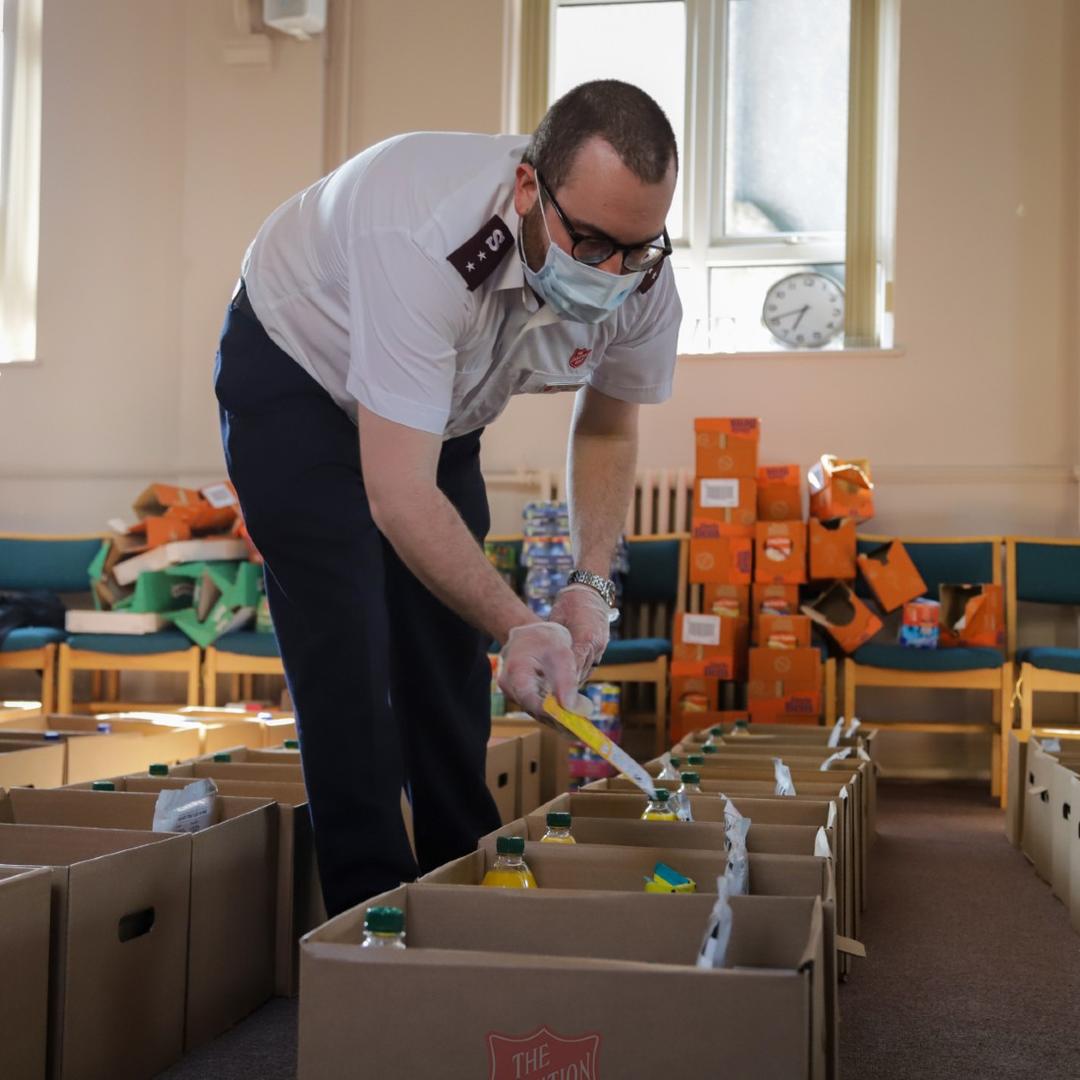