The Salvation Army turns out in force to celebrate the Queen’s Platinum Jubilee.

All over the UK, the church and charity has been turning out in force over the last week to celebrate 70 years of HRH’s reign with street parties, the lighting of beacons and music.

The Salvation Army has put together a commemorative video and a range of resources for setting up a tea party, volunteer roles, games, activities, and prayers.

Paul Sharman, The Salvation Army’s Assistant Director of Music and Creative Arts, has composed a band arrangement of the Interdenominational Choir’s specially written song: Rise Up and Serve.

Available on You Tube the song, composed by hymn writers Graham Kendrick, Mal Pope and Rend Collective, has caught people’s imaginations all over the world, and it has already been performed by a number of choirs and bands throughout the Commonwealth.

Regent Hall Band have helped to provide the backing and feature in the official video linked below and on YouTube and download the words and music from www.theplatinumjubilee.com/sing

As part of a chain of beacons being lit across the nation, The Salvation Army’s Swan Lodge Lifehouse in the north east of England will light their Beacon in honour of the Queen’s Platinum Jubilee on the evening of Thursday, June 2, 2022.

The Beacon is one of thousands across the UK and the Commonwealth, and forms part of the official programme announced by Buckingham Palace for the Jubilee Weekend.

The Beacon will be lit at Seaburn Park Lighthouse, and it will be one of over 2,022 lit by charities, communities and faith groups all over the UK.

Swan Lodge has taken the lead in organising local celebrations, with music from Salvation Army bands from the Sunderland Citadel, Monkwearmouth, and Millfield Corps (churches). Sunderland Voices, a choir made up of Swan Lodge staff and residents and Salvation Army songsters, will also be performing.

In Droitwich, the generations came together in the run up to the Jubilee to wave flags at the Salvation Army Pre-School and Friendship Group.

The group, who meet regularly, celebrated HM the Queen’s Platinum Jubilee last week with a session of pass the parcel and the children decorated cakes, everyone sang the national anthem while ‘the Queen’ dropped by for a visit.

In Scotland, Edinburgh’s City Corps will be appearing on CBBC’s Saturday Mash Up as part of a programme about the nationwide celebrations.

Edinburgh City Corps celebrations will include live music from the 'Sound of Seventeen' Big Band and the Edinburgh Telephone Choir.  Street party food, crafts for the kids, and a corps history will be on display too. 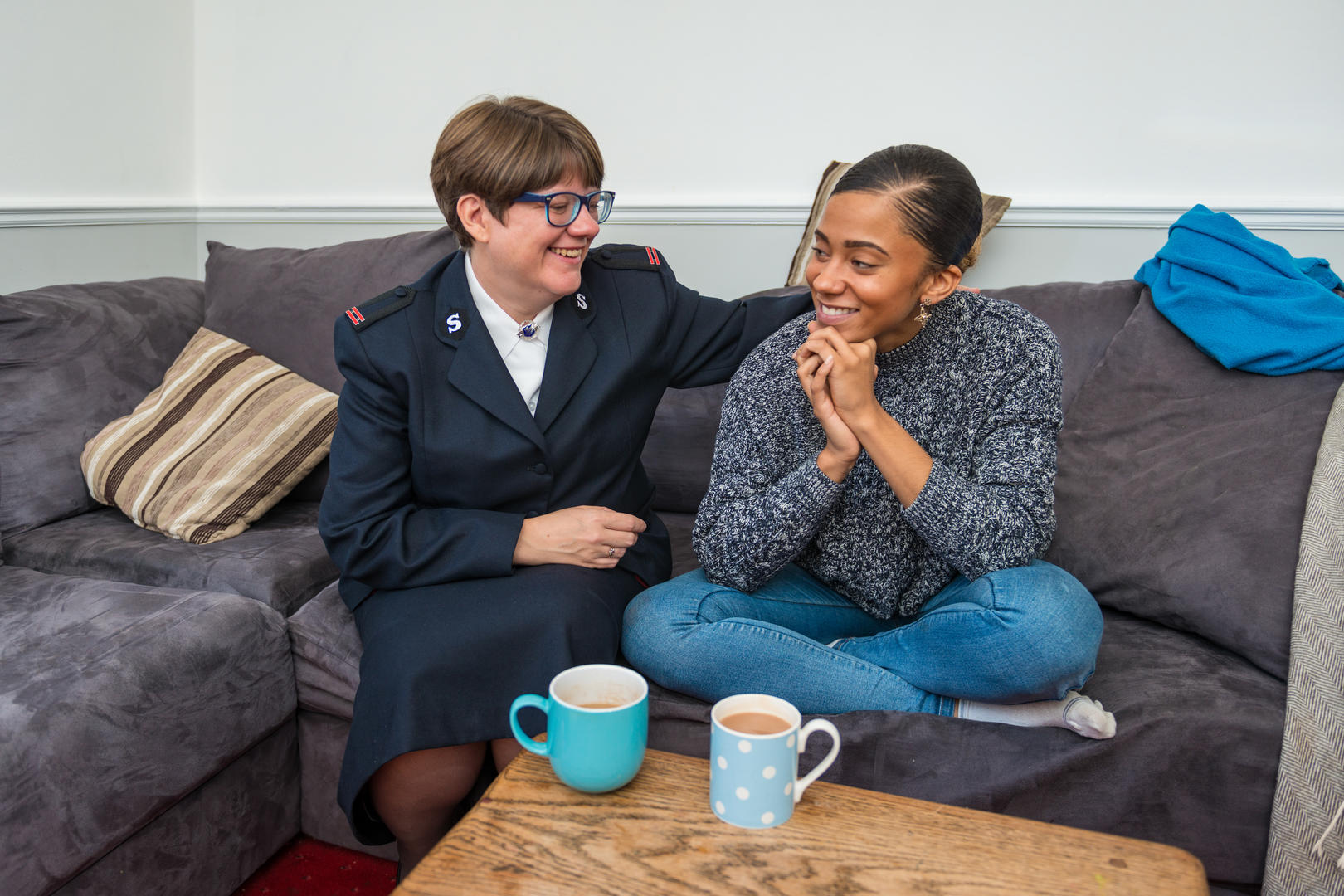