In House of Lords submission, the church and charity also reiterated calls for an end to the five-week wait for a first payment.

The Salvation Army has provided a written submission to a House of Lords inquiry into the economic impact of Universal Credit, with calls for a breathing space for claimants with problem debt. The submission made on 22 May also included calls for an end to the five-week wait for a first Universal Credit payment to avoid a national crisis for families, as well as calls for increased protections against homelessness.

Currently, certain payment arrears such as to utility companies, can automatically be taken out of people’s Universal Credit payments, meaning money people need to pay for food and other essentials is taken before it even reaches their pocket.

Even before the pandemic, The Salvation Army noticed an increase in people using its foodbanks to feed their family so they could pay back Universal Credit accrued debt [1]. Unless immediate changes are made to move advance payments to a grant system, thousands could face the choice between buying food and repaying their Universal Credit bridging loan.

Matthew Sowemimo, The Salvation Army’s Head of Public Affairs, said: “While we welcome the changes the Government has made to help people access benefits during lockdown, many people made unemployed during the pandemic have already got significant debts. Some who have lost their jobs simply have no financial safety net to help avoid getting into debt straight away and to have money deducted from their benefits before it even reaches their pocket will cause greater problems as people struggle to buy food for their families.

“The Government has an opportunity to make Universal Credit work in the long term and we need to make sure it is sustainable so that the fall out of unemployment due to the pandemic doesn’t leave a lasting legacy of debt.”

As well as this The Salvation Army urged the Government to replace Universal Credit advance payment loans with grants which don’t need to be repaid. Advance payments are offered to people who need to bridge the gap while they wait five weeks for their first payment. The introduction of grants would help avoid plunging thousands of people who have lost their livelihoods due to the coronavirus crisis into debt. With more than 1.8 million applications for Universal Credit taking place in the six weeks to 12 April 2020, five times higher than the same period last year [3], it is crucial these issues are addressed.

The Salvation Army had previously called for an end to the five-week wait for first payments of Universal Credit in oral evidence it gave to the House of Lords inquiry in February. In this second submission, The Salvation Army is also urging the Government to: 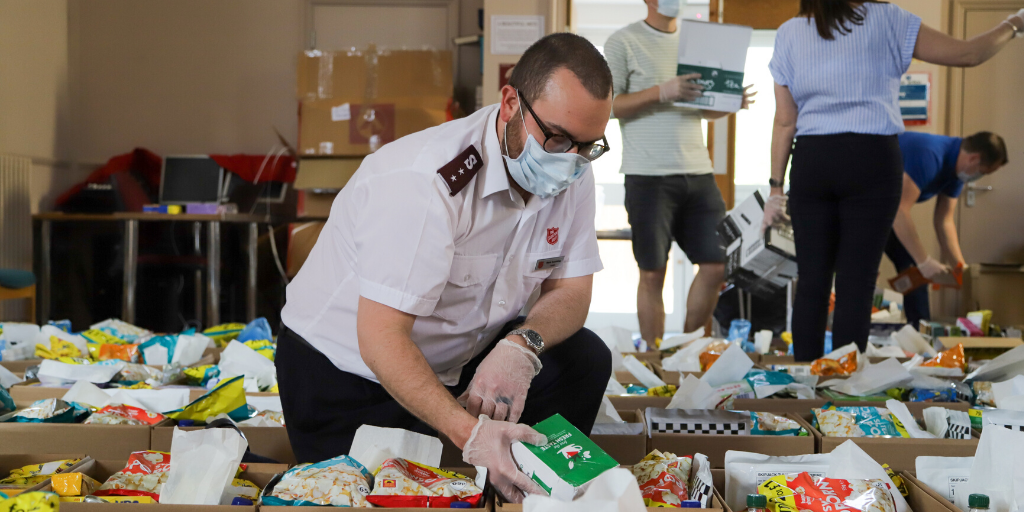