Relief at cost of living support but poverty still a problem

“We are hugely relieved the Government has acted to significantly lesson the pain of rising energy costs on the poorest households.  The people visiting our foodbanks and support services were growing increasingly desperate and these emergency measures will help to stop them falling even further into poverty.

“But we must not forget that emergency support, though desperately needed right now, only puts a plaster on poverty.

“We hope the Chancellor's announcement means that all benefits intended to help people on low incomes, will keep up with inflation so nobody in need misses out. What’s also vital is for the Government to urgently act on its promise to level up the country’s deprived communities otherwise they are destined to remain forever trapped by hardship. This would not only damage people’s lives but the country’s hopes for prosperity."

The Salvation Army is calling for long term, sustainable Government support for people in poverty to include: 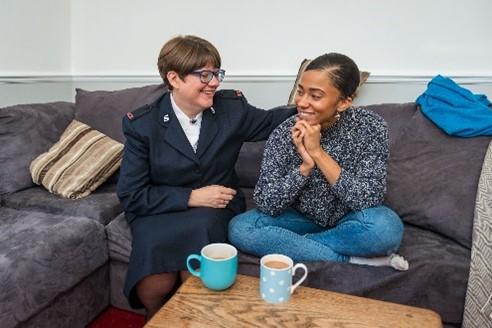