The Salvation Army’s tenth annual football tournament for people who are homeless will take place on Thursday (23 September).

The Partnership Trophy will bring together 15 teams from Lifehouses*, which provide accommodation and services for homeless people, and homelessness support services across the UK.

The five-a-side tournament is being supported by the Guardiola Sala Foundation, a humanitarian charity set up by Manchester City manager Pep Guardiola and his family, who attended the last event in 2019, and removals firm Pickfords, who have named The Salvation Army its charity of the year.

Lorrita Johnson, Salvation Army Director of Homelessness Services, said: “Helping people move on from homelessness is more than just providing a home, we help people tackle the reasons they became homeless and the Partnership Trophy is part of that journey. So many of the people we help have suffered poor mental health, abuse and addiction.

“The tournament celebrates our residents and recognises what service users have overcome and achieved, as well as being a great way of bringing everyone together. Exercise and team sports are a great way of boosting mental and physical health.”

“After The Partnership Trophy was cancelled last year due to the pandemic, we are delighted to welcome service users back to the pitch for what is our tenth tournament. After a football fuelled summer with England making the Euro 2020 final, there’s a real buzz in the air.”

As well as providing food and shelter in Lifehouses, The Salvation Army helps residents   find housing and employment, and provides support so that they can tackle addictions and increase their wellbeing. Many Corps (churches) also offer drop-ins and personal support. One of those hoping to take part in the event is James, 42, from the West Midlands, who lost his home after falling behind on his rent.

James said: “I was sleeping in my car for three weeks. I would drive around all day and it would be a struggle as you’re limited to what you can do during the day. I didn’t know what to do or who to ask for help. I was given a room in a Salvation Army Lifehouse. It felt such a relief, I was euphoric.”

James was later given a flat and is now hoping to find longer term accommodation.

Lyndsey Wallbank, marketing director at Pickfords, who have entered a team, said: “We are delighted to be taking part in the Partnership Trophy to raise donations for The Salvation Army’s important work in our communities.”

As part of The Guardiola Sala Foundation’s sponsorship they teamed up with Unilever who donated refreshments and toiletries to the players and Puma, who donated t-shirts and reusable water bottles.

The Partnership Trophy will be held in Manchester from 10:30am on Thursday 23 September. 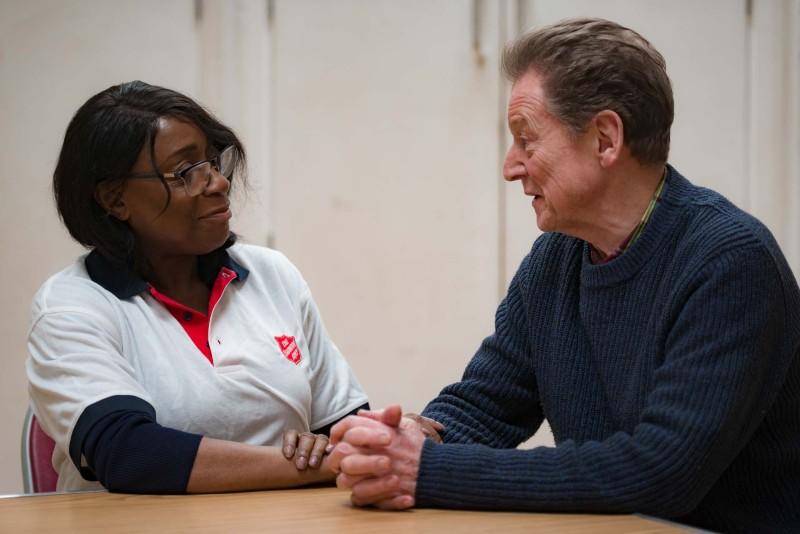