Official rough sleeping data is just the tip of iceberg

The Salvation Army is warning that new Government figures showing a drop in rough sleepers across England could be masking a surge in hidden homelessness.

Responding to the Annual Rough Sleeping Count 2020, which recorded 2,688 people as being forced to sleep on the streets, a fall of 37 per cent on the previous year, the church and charity said the figures were a significant underestimate of the true scale of homelessness. This figure is still up by 920 people or 52 per cent since 2010.

Lorrita Johnson, The Salvation Army’s Director of Homelessness Services, said: “Any official figures that suggest fewer people are being forced to sleep rough offer a glimmer of hope.

“But we must be cautious about the data. New rough sleepers are coming onto the streets all the time and include those whose livelihoods disappeared overnight or when their living conditions, such as sofa surfing, became impossible due to social distancing. We have yet to see the true impact of the pandemic on people’s lives but we expect many more people to be at real risk of being made homeless as the economy bites.”

The annual count in November 2020 happened during the ‘Everyone In’ initiative when 9,866 people were already temporarily housed in emergency accommodation, including hotels. Therefore, anyone counted for the new Government figures is likely to be newly homeless or had returned to the streets.

Lorrita continued: “We know the upcoming budget is again a one-year funding allocation and understand the reasons behind this, due to the pandemic. But The Salvation Army is extremely concerned that the gains from ‘Everyone In’ will be squandered unless we quickly see a long-term approach to funding homelessness support.

“The Government can’t keep guessing about the number of rough sleepers, and a more robust recording method is needed so that funding can be properly allocated to cover the costs local councils are facing for homelessness support.”

An overhaul of the way rough sleeping is measured is one of the reforms proposed in The Salvation Army’s report, Future Proof the Roof1. It calls for quarterly produced data-gathering for London, known as CHAIN2, to be extended across the country to allow for more accurate planning and funding of support services.
As well as housing and caring for 3,000 people in Lifehouses (supported housing for former rough sleepers), The Salvation Army is also working across the country to support people in emergency accommodation and help people move into more permanent housing in line with local authorities’ plans under their Rough Sleeping and Next Steps Accommodation Programmes. The Salvation Army continues to provide food and blankets for people on the streets. 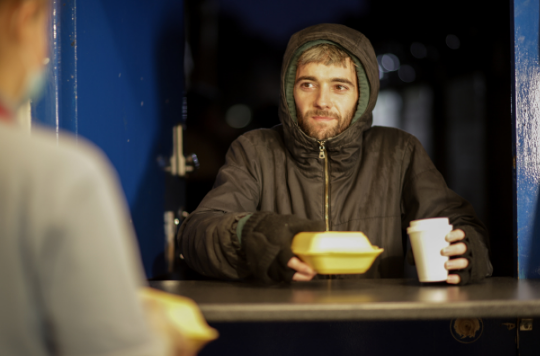 Help us be there for rough sleepers