Officer clocks up miles to raise money for youth project

A Salvation Army officer clocked up nearly a thousand miles visiting every corps across the Yorkshire South and Humber Division to raise money for a new youth project.

Major Barbara Lang, who leads the Wakefield church with her husband Major Bryan, visited 30 corps (churches) as well as donation centres and Lifehouses on foot and using public transport - covering more than 968 miles.

The Big Trek raised hundreds of pounds for the corps’ Youth Alpha project which will bring young people of secondary school age together for fun, games, food and discussion.

Major Barbara said: “We were getting quite a few young people joining us on a Sunday. Our daughter is high school age and she invited some friends who in turn invited their friends, so we have now have quite a big group.

“We wanted to offer somewhere safe for youngsters to meet, play some games, enjoy some food then watch a short video to prompt discussion on the deeper questions of life.

“There hasn’t been youth work here for a long time, so we wanted to revive that. We’re excited about young people exploring faith. It will be open to all children who are secondary school age, roughly 12 to 16 years old.”

She continued: “I spent a lot of time planning bus and walking routes as I was trying to get to three or four corps a day. There were various travelling incidents especially with buses. In Ossett, the bus I was on was taking a long time so I jumped off thinking it would be quicker to run to the next bus station, only to get there and queue before realising I was getting on the same bus I’d just got off!

“I managed to get to all of the corps, some charity shops and Lifehouses (supported accommodation). Because I was in a rush, I didn’t get to meet with every corps officer, but I loved seeing what each Salvation Army looked like. I was praying for the communities as I was rushing through them.

“I had a people following my journey on Facebook. If I got a bit lost, I’d ask for advice and enjoyed the encouraging comments from people. It felt sociable and I didn’t feel like I was doing it on my own.”

Hitting her target of £750, Barbara added: “The money raised will go towards board games, good quality food and other things for the youngsters to enjoy. We have a dart board and table tennis and they’ve also mentioned a karaoke machine!”

Youth Alpha launched last week and will be held monthly. Find more details here or phone 07570 401365 and you can donate via justgiving 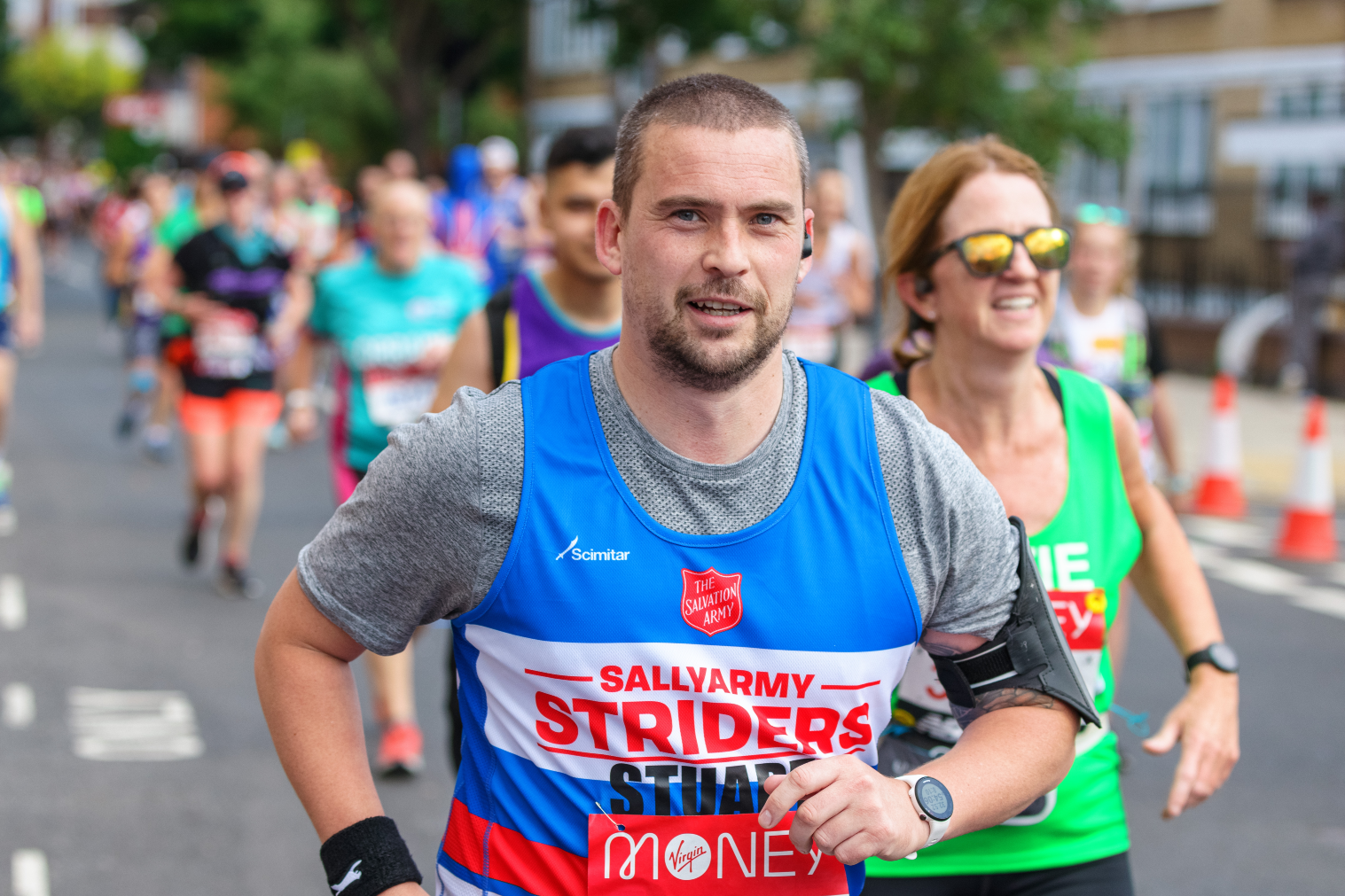 Join team Sally Army and help us to continue to be there for people in their hour of need.