More than 200,000 meals were served to struggling families and individuals from Austin House Community Centre in Sunderland during the pandemic.

For many the church and charity in the Southwick area is a lifeline offering practical support such as food and household items to ease the burden as the cost of living increases, as well as educational opportunities and friendship. Visiting Austin House has become a daily ritual for people of all ages - helping tackle loneliness and bringing people together to learn new skills.

The Shakespeare Street community centre offers a wide range of activities including:

Graham Wharton, community manager, said: “The practical support – providing food parcels, toiletries, cleaning products, is a big part of what we do and will continue to do as we see the cost of living going up. We saw how valuable it was during covid when we issued almost 6,000 food parcels with roughly 36 meals in them, so that’s 210,096 meals served across the city.

“But it’s more than that. We want Austin House to be a place where people feel empowered to make a difference. We help people - perhaps with a food parcel or an opportunity to learn new skills on one of our programmes, which builds their confidence. They often come back to volunteer with us and want to give back to their community. We say people should be Mad and want to ‘Make a Difference’.

One group of friends who come to The Salvation Army every morning shared what a difference it has made to them.

Mum-of-seven Megan* took part in the Victory Programme and was introduced to the breakfast and afterschool club. Her family join subsidised summer day trips to the seaside and last year, had a few days away at a caravan owned by The Salvation Army.

Megan said: “The Salvation Army help a lot of people. They do stuff for the bairns (children) and there’s no judgement, they will just help them.

“I come to The Salvation Army every day. My youngest will come to the breakfast club, as do a lot of families that live on the same street. The kids club the past few weeks has been absolutely chock-a-block because people are struggling. You can see the difference it makes.”

Megan was one of the first people to take part in the Victory Programme and after completing the next level course, now volunteers on it. Working with The Salvation Army’s Employment Plus service, she has also completed a level one cookery course and is now completing a safeguarding course.

Kirsty, 36, a mum-of-two, who due to ill health had to give up her job as a carer recently, said: “I used to come to The Salvation Army when I was little, and now I bring my six-year-old to the breakfast club. Since I stopped working, I come here for the company. I’ll have a coffee and take some food home with me. The staff are amazing, if you need help they are there for you."

Margaret, 66, also took part in the Victory Programme and has since gone on to gain qualifications in food hygiene and health and safety, and had help applying for pension credit.

Margaret said: “I started to come for the company as I’m on my own since my husband died four years ago. Coming here I can mix with everybody and I’m in couple of the groups - the CAMEO meet up every Wednesday, and the cookery group. They have helped me with a lot of things and are there if you need them.

“I was over the moon I passed those courses in food and hygiene. I thought ‘I’m 66 years old and I’m just achieving something in life apart from being a mother and grandmother’."

Jean has volunteered with The Salvation Army for 25 years working in the kitchen to cook meals for the kids’ club and any events.

She said: “I call in every morning when I drop my grandson at school for coffee and a gossip with the girls here. My grandson also comes to the kids’ club and loves it.

“If I’m worried about anything I know I can go to Graham and Nick (Hall, youth worker) and say anything to them. It’s like a family.”

Julie Foster, who runs The Victory Programme, says it is even more vital as people look to make savings due to rising energy and food prices.

She said: “Prices are going up so we are helping people look at where to shop for the best and bulk buying. I try to do one pot meals so they don’t have the ovens going and it helps save energy. The meals also last longer and can be kept in the freezer for up to three months.

“We have people of all ages joining us from an 89-year-old woman who was feeling lonely and isolated because of Covid. This was her little lifeline. A lot of the people come because they are struggling with their mental health, which was made worse during the pandemic as people’s routines were disrupted. It helps to rebuild skills, using simple ingredients to make healthy meals.

“I’ll often speak to people who are collecting food parcels. One lad was going days without food after his mother died and he lost his benefits, so we helped him cook some meals to take home.

“Working with other charities like Headstrong we were able to run a course for people who had suffered brain injuries, which was brilliant as we were able to help build their skills through teamwork. One group was people who had struggled with their mental health and after time spent in a psychiatric unit they were preparing to move back into the community so part of the process was to come here for the day to cook.

There is also a follow-on course with many people staying on to volunteer and help others.

Bethany, who is a stay at home mum to her daughter six, added: “The Victory Programme really helped me with learning how to cook different meals on a budget. I also bring my daughter to the breakfast club. We’d be lost without it.”

Shelley Humble, a support worker with Together for Children, which helps young people who have been through the care system, takes the course to support some of her clients. She said: “It’s brilliant at teaching cookery skills as well as life skills.

“One person comes to this course and has also been working with Employment Plus who helped her create a CV to apply for jobs. It boosted her confidence as she didn’t really think she was good at many things until she talked about what she could do.

“She loves the Victory Programme as it really helps with her mental health and gets her out of the house. It’s been really good for her.”

*not her real name 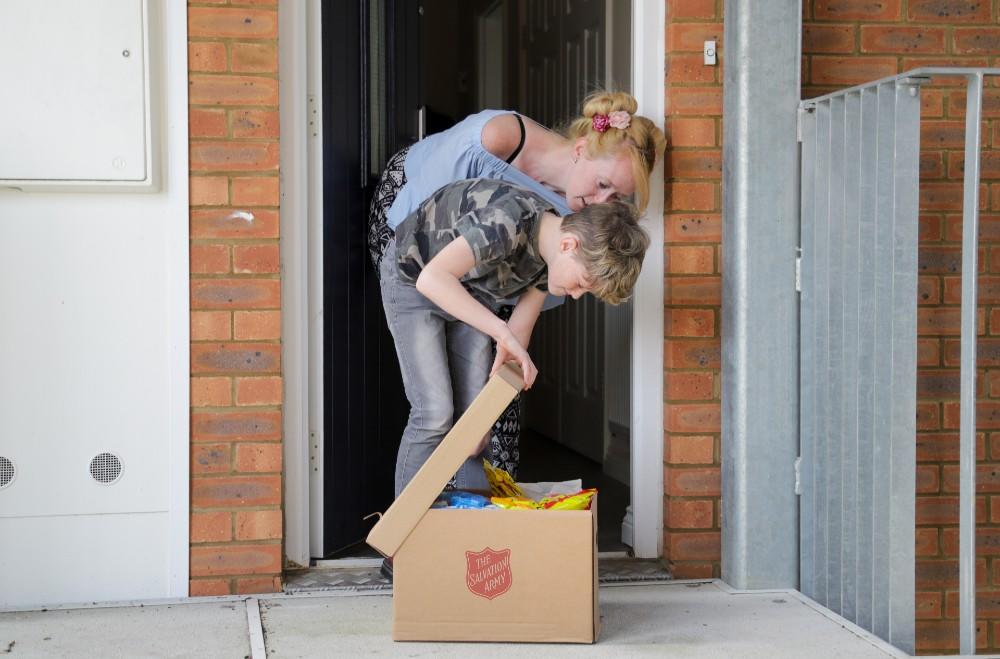