Holiday hunger fears for children amid cost of living crisis

Families pushed into poverty by the rise in the cost of living could struggle to properly feed their children over the school holidays despite emergency Government payments to ease the burden on the lowest income households.

The warning comes from The Salvation Army, which has seen an unprecedented demand for its support from worried parents in recent months. Moreover, children at risk of going hungry are being referred to The Salvation Army by teachers, health visitors and GPs.

The church and charity, which is based in over 600 locations in the UK, expects to provide thousands of cooked meals and essential food parcels to children during the summer.

Salvation Army Community Manager in Sheringham Carol McKean said: “I constantly hear the phrase ‘I’ve never had to claim benefits before’, normally said by people crying in the office, who look broken asking for help. I know that for these people, we are the last resort. They really are short of food for their kids, and some are saying they haven’t eaten for a couple of days so their kids can eat.”

Amanda (not her real name), a mum from Swindon, used to run her own company but fell on hard times when she fled an abusive relationship. She said: “The children have school meals, and when they don’t have these during the holidays all day long they are telling me they’re hungry. Though my children are entitled to food vouchers, the amount has been halved despite prices going up. I’ve worked out I am £165 short every month, and that’s just for my bills. I’ll go several times a week without a main dinner and just having beans on toast for breakfast. I don’t care about myself as long as my children eat.”

Local Salvation Army churches and community centres that plan to provide free food for children during the school holidays include:

The Salvation Army’s Lieut-Colonel Dean Pallant said: “When I hear Salvation Army officers report that ‘people are on the bones of their knees’ and they have seen children who are ‘anorexically thin’ it sounds like something from 1865 when The Salvation Army was founded not 2022.

“Emergency Government payments to help low income households with rising energy costs will certainly bring some desperately needed relief to struggling families. But these short-term measures only provide a temporary sticking plaster on a long term crisis. To protect people from sinking further into poverty over time we are calling for all benefits intended to help people on low incomes to keep up with inflation.

“We have already seen a surge in demand at our food banks since the start of the cost of living crisis. We are now braced to feed more children than ever over the next few weeks.”

The Salvation Army is calling for the Government to introduce long term help for people struggling with the cost of living that would include: 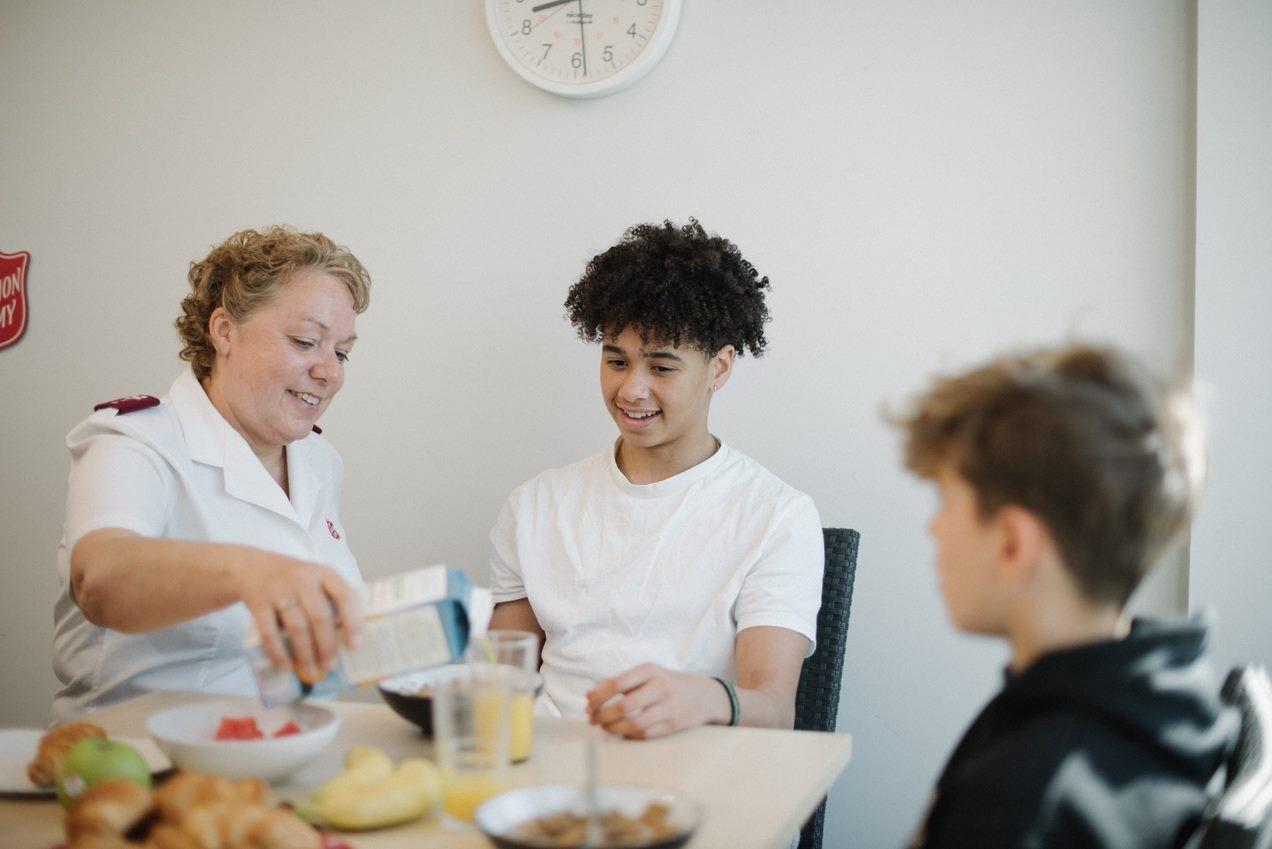 With your help, we can give children a summer full of good food, new friends and great experiences.