Emergency lunch provision to be replaced with community café

The Salvation Army in Louth and the Methodist church’s Lighthouse Christian project teamed up to supply 12,000 hot meals and food during the coronavirus pandemic, when the usual community lunch facilities had to close.

Up to 30 volunteers prepared, served and delivered around 160 meals per week to 40 people, from Tuesdays through to Fridays. Deliveries of meals were made to residents in Louth and the surrounding villages, including Manby, Legbourne and Grimoldby with the help of volunteer drivers from the community.

From 16 July The Salvation Army are preparing to re-open in the community and will wind up the emergency provision.

Church leader, Major Rudi Bruinewoud, who is celebrating his 40th year as a Salvation Army officer, said: “We would want to encourage people to become active in the community again. Currently we are exploring what format a new weekly community outreach will take, including the re-opening of the Courtyard community hub area.”

During the pandemic, meals were delivered to people known to the corps (church) community programme, including those attending the twice weekly luncheon club and Courtyard community café, which closed during lockdown.

Major Rudi paid tribute to the dedicated team who kept the food deliveries going. He said: “Without the excellent catering and delivery team in place, this would not have been possible.”

The service was able to help many older, vulnerable people who were self-isolating, Major Rudi added.

“For those that may have struggled, we were able to subsidise the costs for the hot food. Mark Harrison and other friends at the Lighthouse project, were able to help those needing additional support with food parcels and other provisions,” he said.

Donations of food and funds from people and organisations locally, meant that The Salvation Army could subsidise the hot meals. Record donations at Christmas also contributed to the wider community programme, including the provision of meals.

Kerry, the catering organiser at The Salvation Army, led the food preparation initiative with Rachel and her son, Frankie.

Kerry said: “We wanted to make sure that people got a good level of nutrition, and so we normally included four to five vegetables in the meals and fruit in the desserts.” They also provided additional help for local people in need.

Major Rudi said: “We want to thank all those who have contributed to this emergency provision and who volunteered tirelessly, as well as our own staff, this is about all the community coming together to look after the elderly and those isolated.” 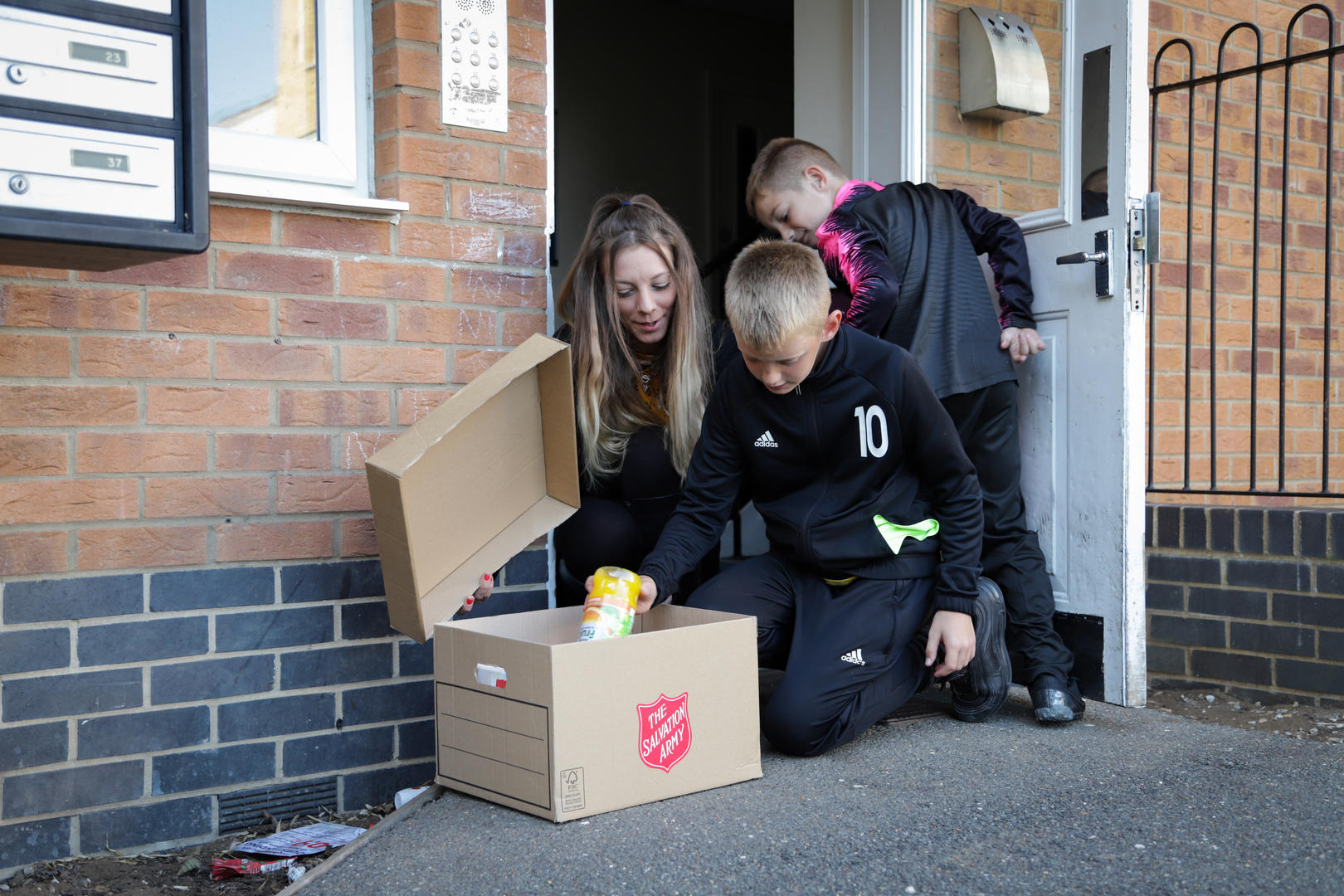