Storm Eunice impacted many communities last weekend with red weather warnings in place across much of the country, and The Salvation Army mobilised to offer help.

Salvation Army homeless centres in St Helen’s (Merseyside), Blackburn, Coventry, and Whitechapel in London, initiated Severe Weather Emergency Protocols by opening up emergency beds for dozens of rough sleepers to help them stay safe and protected during the severe weather.

“Nobody should have to sleep rough and Storm Eunice at the weekend exposed how hard life can be on the streets. Extreme weather can kill and it’s critical that local organisations work together to support the most vulnerable members of our community, getting them safely indoors.”

As well as this, The Salvation Army’s emergency response teams were also ready to act.In Stockport, The Salvation Army’s Emergency Response Team provided food, drink and emotional support to local fire crews, mountain rescue teams and Hazardous Area Response Team paramedics for many hours when a danger to life warning was issued by the Met Office due to risk of flooding.

Nigel Tansley, Emergency Response Team co-ordinator for The Salvation Army in the North West, said: “We are recognised for our welfare support role for emergency responders and took over the kitchen at the fire station. We served around 60 emergency responders who were primed and ready to act due to the flood risk."

Later, on Tuesday (February 22), The Salvation Army provided hot drinks, sandwiches, bacon rolls and hot dogs to people living in more than 60 homes in Botesdale village in Suffolk, who had no electricity for three days after a 100-year-old tree crashed through a power line.

“I am incredibly grateful to the first responders and everyone else who supported the people of Suffolk during the recent storms and helped to get the county back on track.

“Residents left without power were well looked after by community volunteers, including The Salvation Army, who I’d like to thank for giving their time to care for people in their hour of need.”

Adrian Clee, The Salvation Army’s Emergency Response Officer, said: “Up and down the country our teams made up of Salvation Army officers and volunteers were prepared and ready to act.

“Our role during major incidents is vital in supporting emergency services and communities by providing hot food and drinks. We also offer a listening ear which can be an essential part of our role when emergency responders are dealing with often difficult and developing situations.

“We are members of the VCS Emergencies Partnership and work closely together by sharing information with our other charity partners during major incidents.” 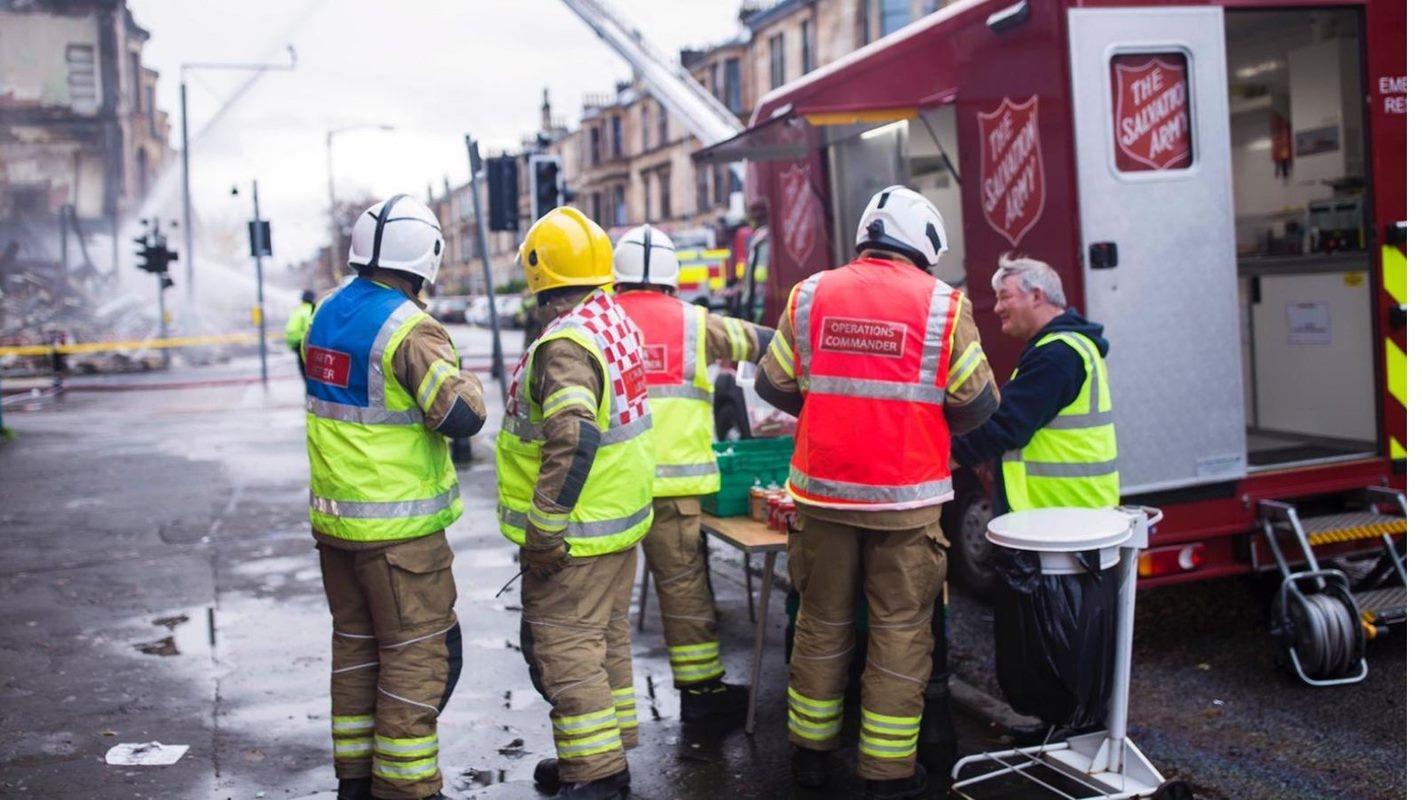