The Salvation Army is warning that figures showing a drop in rough sleepers in London, could be concealing a surge in hidden homelessness.

The CHAIN figures show that 3,307 rough sleepers were recorded in Greater London between October and December 2020. This is a 9 per cent drop on the same quarter last year, but, alarmingly, 48 per cent being new rough sleepers.

The Salvation Army believes the decrease is due to the continuing efforts of services and local authorities to find self-contained accommodation for people as part of the ‘Everyone In’ initiative and Protect Programme, but starkly this is failing to reach those newly on the streets.

“While it is good news that the figures show fewer people are forced to sleep rough, the number of first-time rough sleepers is deeply concerning. New rough sleepers are coming onto the streets all the time and include those whose livelihoods disappeared overnight or when their temporary arrangements like ‘sofa surfing’, became impossible due to social distancing.

“The Salvation Army is very concerned that the short-term gains from giving people a place to stay under ‘Everyone In’ will be squandered because a long-term, sustainable approach to funding homelessness support remains sorely lacking. That funding can help a person tackle the reasons why they were forced to sleep rough in the first place which can be anything from poor mental health, to fleeing domestic abuse, to trauma or an addiction.

“Providing housing and shelter is of course vital, but without long-term properly funded support, we know many vulnerable people will end up back on the streets.”

The London CHAIN figures are the only quarterly produced data in England which measures rough sleeping. One of the key asks of Government by The Salvation Army in its Future-Proof the Roof Report, a blueprint for tackling rough sleeping, is that such measurement is extended across England.

Lorrita continued: “Without accurately knowing how many people are on the streets, it is impossible to properly fund and plan support services.

“Without knowing the true scale of rough sleeping, the Government cannot properly invest the right level of resource and so risks missing its own target to end rough sleeping by the end of the current Parliament.” 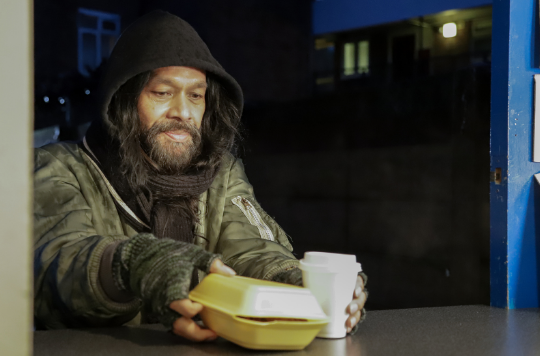 About the CHAIN data

The data is updated directly by a range of organisations who work with rough sleepers in London.

Key recommendations from Future-Proof the Roof include:

Our blueprint for tackling homelessness and rough sleeping.