Christmas morning carols on a BBC radio station near you

The Salvation Army will spread festive cheer far and wide on Christmas Day when highlights of its annual carol extravaganza are transmitted on the BBC’s local radio network.

The specially adapted hour-long radio version, called “Welcome to Christmas with The Salvation Army”, is expected to be played on most BBC local radio stations between 6am and 10am on Christmas morning. Individual stations will advertise their own timings.

The uplifting broadcast will include seasonal readings by celebrities and performances of the nation’s favourite carols by the world-renowned International Staff Band and International Staff Songsters, as first heard in The Salvation Army’s online Christmas at Home concert this year.

Actors Lee Mead, known for playing Joseph in the west end play Joseph and the Amazing Technicolour Dreamcoat, Colin Salmon and Patricia Routledge are among those giving readings.

Introduced by Lieut-Colonel Dean Pallant, the concert will include classics such as Hark the Herald Angels Sing, O Come all ye Faithful and Away in a Manger.

Lieut-Colonel Dean Pallant said: “It is a privilege for The Salvation Army to be able to bring comfort and joy to so many thousands of people on this most special of days.

“Christmas offers us the opportunity to give thanks for all that we have and to remember those less fortunate, many of whom will be facing a bleak future over the winter and into the New Year.”

The Salvation Army’s annual carol concert is traditionally staged in the Royal Albert Hall but was broadcast online for the first time this year on YouTube.

The full version of The Salvation Army’s Christmas at Home online concert is available to watch here. 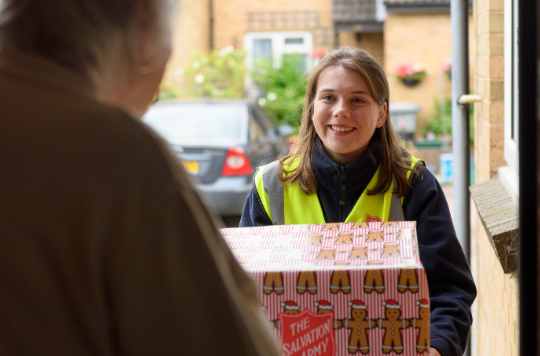