Calls for emergency action after rise in London homeless

The Salvation Army is deeply alarmed by a new report showing an increase in rough sleepers in London and calls for emergency Government action to reverse this trend.

The Combined Homelessness and Information Network (CHAIN) annual report released today(1) shows that a total of 11,018 people were recorded as rough sleeping in the capital in 2021/21. This is a three per cent increase in the total from the previous year (2019/20).

Crucially, over the last ten years, the number of people sleeping rough in the capital has almost doubled – in 2011/12, just 5,678 were seen rough sleeping in the Greater London area. This represents an increase of 94% across the period.

This is despite strenuous efforts to shelter all rough sleepers during the pandemic and the church and charity fears the situation will only worsen if COVID-19 support structures are removed.

The Salvation Army is calling on the Government to provide significant new resources as a matter of urgency to help local authorities address the crisis before it spirals out of control.

While The Salvation Army welcomes the Government's March announcement of £203 million in funding for its national Rough Sleeping Initiative (RSI) to help people experiencing rough sleeping rebuild their lives, it is warning that much must be done if the Government is to fulfil its manifesto promise of eradicating rough sleeping by the end of this Parliament.

The church and charity is reporting that in recent weeks many of its rough sleeper outreach programmes remain busy, its food banks are still seeing people seeking help and it continues to work hard to respond to real need in the community.

Concerningly, 68% (7,531) of people seen by CHAIN during 2020/21 are described as new rough sleepers, and this group has experienced the greatest increase compared to 2019/20. This shows the need for a huge effort to prevent people from falling into the spiral of homelessness in the first place.

The church and charity remains extremely concerned that too little is being done to help people tackle the underlying reasons they became homeless, which requires proper investment in vital support services.

Lorrita Johnson, The Salvation Army's Director of Homelessness Services, said: “These figures make sombre reading. There has been a three per cent increase in people sleeping rough in London compared to the previous figure of 10,726 in 2019 to 2020.

“The gains made during the Government’s successful Everyone In campaign are being lost and we appear to be heading back to pre-pandemic levels of homelessness once again, which is a tragedy. Many people are being forced onto the streets for the first time in the economic downturn, and they must be helped to rebuild their lives.

“The Government must take immediately action to address this issue if it is to stand any chance of meeting its manifesto commitment to eradicate homelessness by the end of this Parliament.”

The London CHAIN figures are the only quarterly produced data in England that measure rough sleeping. One of the key asks by The Salvation Army is for robust official recording methods for rough sleeper numbers across the country so that support services can be properly planned and sufficiently funded.

The church and charity has applauded the Office for National Statistics (ONS) for its recently published ground-breaking annual report that collates comprehensive rough sleeping figures for the whole of the UK for the first time – a big step forward in data collection.

Lorrita Johnson said: “Only when we truly understand how many people are forced to sleep rough can we know what we must do to address the issue. Without accurately knowing how many people are forced to call the streets their home, support services cannot be properly planned or sustainably funded. The Everyone In programme showed that the Government has consistently underestimated the number of rough sleepers.” 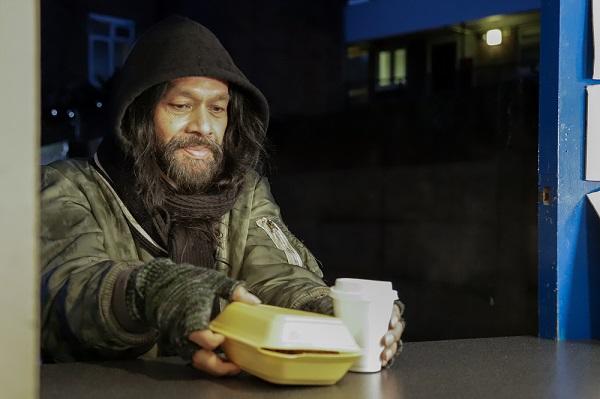