Bringing light to the darkness for prisoners at Christmas

Imagine waking up on Christmas Day in a small room with a steel toilet in the corner instead of a Christmas tree. The walls are cold and empty, you’re away from your friends and family and you’re sharing your room with someone you might not even know.

That is the reality facing prisoners in jails across the country. But there is hope for anyone facing a sentence behind bars this Christmas, or at any other time of the year because of  the support offered by prison chaplains Major Carl Huggins and Lesley Nicholson, who both serve and work in prisons in central England.

Carl has been a Salvation Army chaplain at a Category B remand prison for the last three years and supports prisoners who range from 20 to over 70.

He said: “It’s a statutory duty for me to go and visit somebody within 24 hours of them coming in. The first 24 to 48 hours are the hardest part – we’re the go-between for the prison and the person, and let the prison officers know if there is anyone they need to watch, if there is cause for concern.

“We ask about their beliefs and how we can support them spiritually as well as pastorally, also, we ask whether their family knows they are here – in some cases they don’t – we can help trace them, if they do wish their family to be told.  We’re there if someone needs a listening ear. It’s like being a family member for them.” Lesley also carries out these duties at two single-sex prisons, male and female.

Carl said: “On Christmas Day, we try to make sure everyone has something to open but, in most respects, it is like a normal day. It is a bit more relaxed, but nothing changes much. Imagine you are locked up in the smallest room of your house from 5.30pm on Christmas Eve and not let out till breakfast when you then have to do your duties – this can be things like helping in the kitchen, cleaning landings or decorating jobs. It was even more stringent last year because of COVID, and prisoners were spending 19 hours a day in their cells.”

Meanwhile, Lesley has worked in two (male and female only) prisons for eight years but has witnessed how singing can bring joy to those willing to put themselves forward at Christmas. She said: “We have choirs for the Christmas carol services at the prisons, if COVID rules allow. We normally learn a couple of songs. We have two sittings for the Christmas Carol service in the men’s prison. Some of the men have never sung in a group before.

“I started a choir in one of the prisons. When the guys came in, initially they slouched down and were not sure whether they wanted to sing at all. But when we finally performed, they got a positive reaction from the others and you could see them stand tall. It helps their self-esteem. Prison can be a dark, dismal place, but music can bring some colour.”

Lesley recalls how music also struck a chord with some women prisoners. She said: “A few years ago I arranged for the International Staff Songsters (ISS) to come and sing in a service at the women’s prison where I work. In the ISS, we always conclude with the song, ‘The Lord Bless You and Keep You’, by John Rutter. We moved around the room as we normally do, so that we were encircling the women as we sang.

“Women came to me afterwards with tears streaming down their faces, saying that it was like being in heaven and surrounded by angels singing over them. The song continued to affect one of the women” says Lesley long after the concert. “Every time she sees me, she speaks to me about the song, how she still remembers it and what an impact it had on her. Recently, I went back to see her, after she had just come back into prison. She was curled up on her bed, detoxing and not in a good place.

“I called her name and she didn’t respond, but then I went over and lent right up to her open hatch, cupped my hand and started singing ‘The Lord Bless You…’ she got up and came over with this big smile on her face. There was real connection with the music.”

Carl said: “The (prison where I serve) has been in lockdown for the last two Christmases. All they may have seen at Christmas is their cellmate. Prison is a tough place to be and Christmas Day makes it harder.” One of the most important aspects of Carl’s role is to share the message of Christmas with prisoners.

He said: “Whatever life throws at them; we tell them Jesus loves them and was born for them. The whole experience is amplified for them by not seeing their families. It’s very different inside so the message never changes, and Christmas is celebrated by most.”

Last year, the pandemic meant many prisoners were unable to have visits and spent more time in their cells. Carl said plans for this year are still being drawn up. Historically, The Salvation Army brass bands have visited these prisons at Christmas and played from outside the gates (during COVID pandemic lockdown periods) and Lesley said that, “prisoners felt valued in that moment, as some were feeling that they had been forgotten.”

Lesley and Carl hope that they will be able to resume normal Christian services within the prisons, with a Christmas Carol service and to mark the advent of Christmas, bringing hope of salvation. 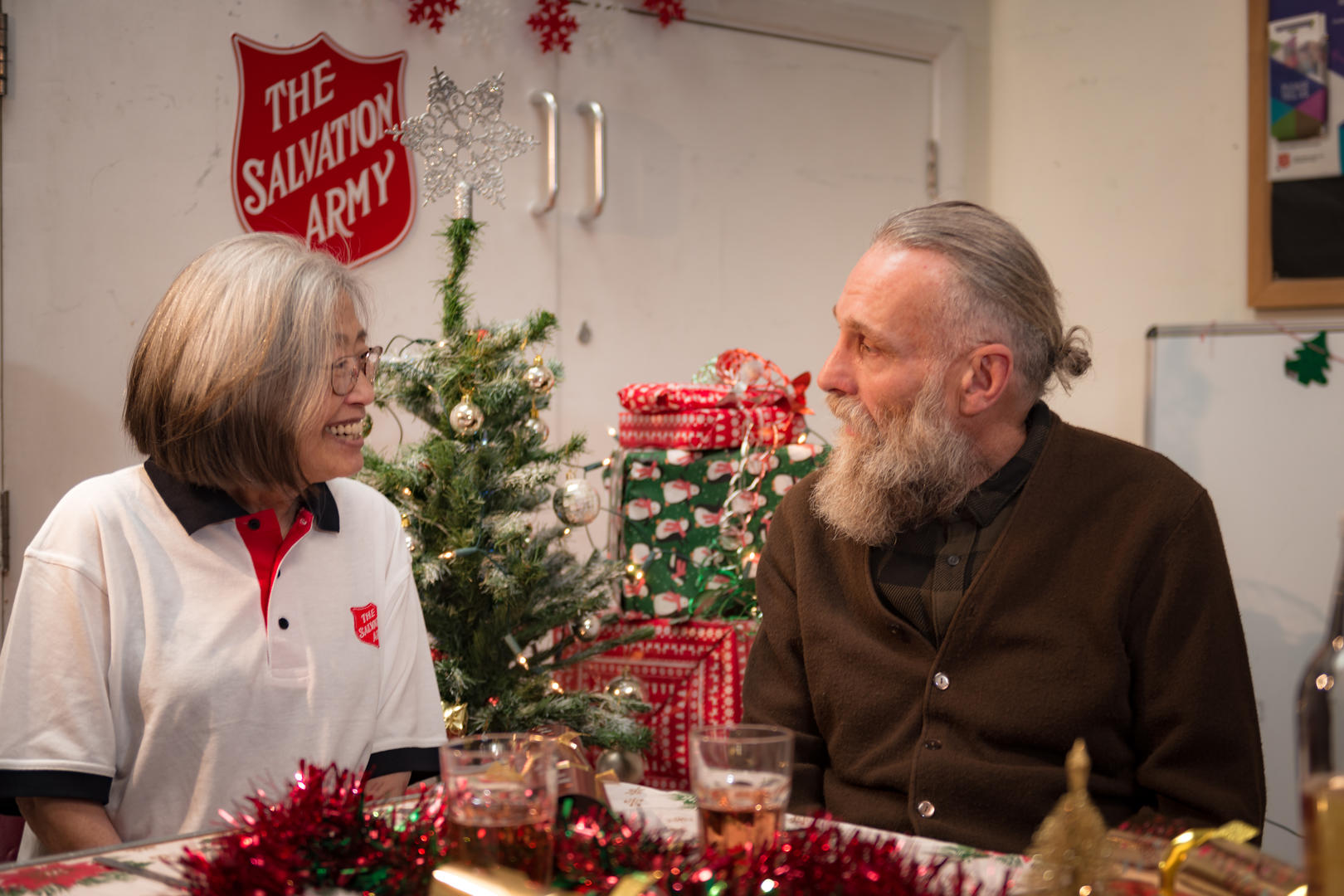