A Salvation Army member who started baking to keep people’s spirits up during lockdown has raised over £1000 for her local community.

Betty Grigor, 81, lives in Stornoway on the Island of Lewis where she has been making treats for posties, carers, neighbours and people taking exercise around her village.

Every Friday, Betty places a plastic box at her front gate, full of cakes, scones and pancakes for anyone to take and leave a donation.

Despite her remote location at Point on the island, Betty has been overwhelmed by the interest in her project – known locally as Betty’s Bun Box.

As a soldier in The Salvation Army, she had been helping lead the Thursday lunch club before Covid hit. But she was determined to keep doing something to help local people and started out by giving away a batch of marmalade she’d already made to raise funds for the church.

She said: “When lockdown came I couldn’t do anything for the community. I had 17 jars of marmalade that I’d made for the church and I thought I would put them on a table outside my gate with a note that said: ‘Please help yourself.’

“Once the marmalade went, I decided to make cakes and I was baking every day except Sunday, not for donations, just to do my bit for the community. People who were out for a walk could take a cake home and have it with a cup of tea.

“Once lockdown ended I thought that would be the end of my baking but my neighbours asked if I would continue to bake one day a week, as they had enjoyed getting it. So I put a donation tin out for them.”

At the last count, Betty had raised an incredible £1149 through her baking.

“I feel good that the money is going back to help people on the island,” she said. “I’m no Captain Tom but I have worked hard and am pleased to have raised what I have raised. When I was cooking in the lunch club I felt I was doing God’s work so the home-baking is an extension of that I suppose.”

Lieutenant Christopher Thompson, who leads The Salvation Army church in Stornoway, said: “Betty is an inspirational woman. She put out her baking in an act of faith and people have responded and it has brought a smile to so many people in the community. She has developed a whole ministry to those around her.” 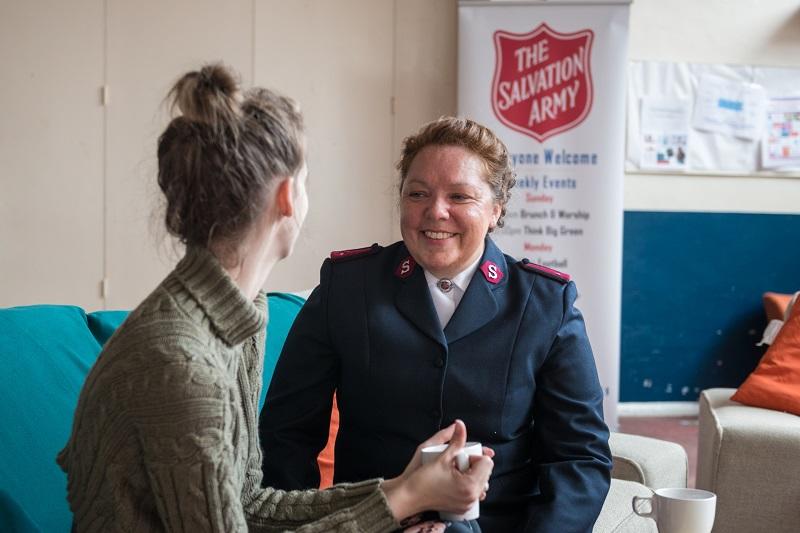 Help us continue to be there for people in their hour of need.