The Salvation Army is the subject of a special episode of the popular BBC1 TV programme Songs of Praise to be broadcast on Sunday 23 August.

The episode includes music from the International Staff Songsters, The Salvation Army’s premier choir in the UK and Ireland who are celebrating their 40th anniversary this year, alongside interviews with church leaders, staff and volunteers who are supporting some of the most vulnerable people in our communities.

Much of the episode was filmed at the church and charity’s Hadleigh Farm Estate.  The 900 acres of land which make up the estate is home to Hadleigh Tea Rooms, Hadleigh Training Centre for adults with additional support needs, Rare Breeds Centre, the Hub Café and Sensory Rooms, a Mission team that delivers faith-based activities and a working farm providing plenty of opportunity for socially-distanced filming outdoors.

Hadleigh Farm Estate Director Ciaran Egan told Songs of Praise presenter, Reverend Kate Bottley how Salvation Army founder William Booth established a pioneering social programme at Hadleigh Farm in 1891 to empower people living in poverty due to long term unemployment.  Reverend Kate saw how William Booth’s mission is still relevant today in the work of the Hadleigh Estate including at Hadleigh’s Tea Rooms which had to close at the start of lockdown but were quickly repurposed to store bulk food supplies delivered from local supermarkets and destined for  food banks.  Food was then distributed to local churches who have all seen a surge in demand from struggling families and people requiring practical support due to the pandemic.

William Booth’s vision also continues today through the work of The Hadleigh Training Centre and Reverend Kate met forty-one-year-old trainee Anthony on a break from tending to the horticulture area. 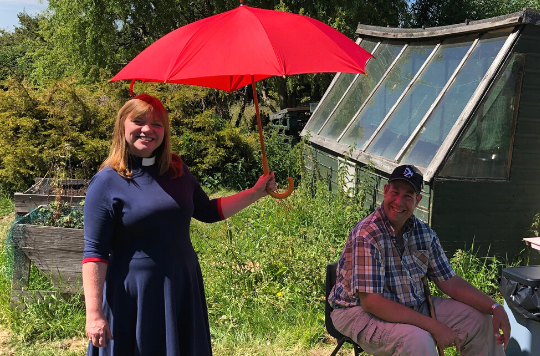 Other features in the programme include inspirational interviews with International Staff Songster member Lesley Nicholson who works as a prison chaplain and Lieutenant Daniel Holland from The Salvation Army’s Homelessness Services team who returned to nursing in the NHS working in his spare time on a Covid-19 ward during the height of the pandemic.

Lieutenant Daniel told Reverend Kate that he doesn’t see a distinction between either of his essential key-worker roles: “When I am a nurse on the ward, I am very much a Salvation Army officer too and I think that brings an added dimension to my role as a nurse.”

With congregational singing not allowed at the time of recording and to adhere to social distancing guidelines, only 12 members of the International Staff Songsters were able to take part in the programme, and they weren’t actually allowed to sing! Filming took place in the beautiful Trentham Gardens in Staffordshire where they ‘mimed’ to tracks from their CD recordings.  Congregational songs and hymns in the programme are provided from past Songs of Praise episodes, recorded prior to coronavirus, including from The Salvation Army in Sale in 2015.

One musical performance that was able to go ahead, albeit still with reduced numbers, was by The Salvation Army’s unique fusion of traditional tambourine playing and contemporary dance, community outreach group Timbreltastic.  The group’s leader Zena Osterberg invited Reverend Kate to pick up a timbrel and join in an outdoor socially-distanced time of dance, music and praise.

Reverend Kate threw herself wholeheartedly into the performance and declared afterwards in her BBC Radio 2‘Thought for the Day’ that she had been playing her tambourine in the garden ever since! 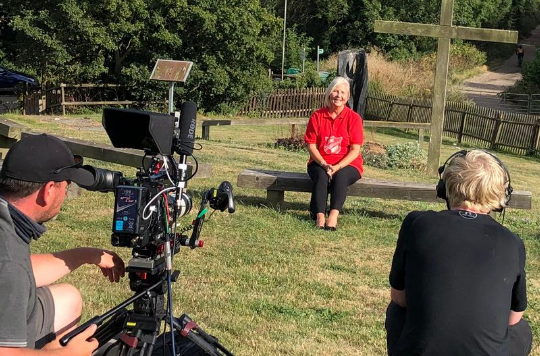 Tune into BBC One on Sunday 23 August at 1:15pm or catch up on BBC iPlayer. 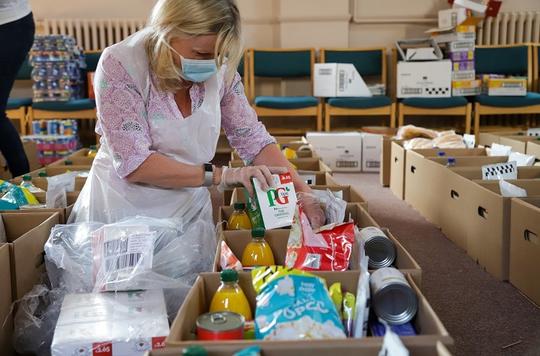 We are working hard to support the people hit hardest by the coronavirus. 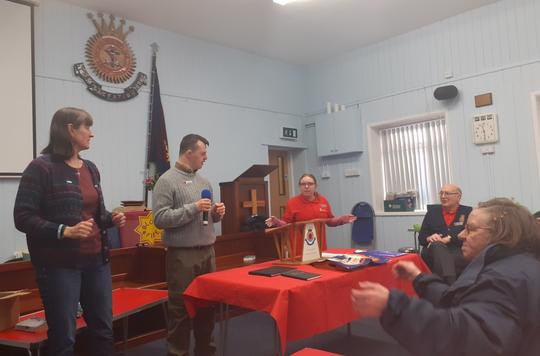 Providing opportunities for everyone regardless of background and ability 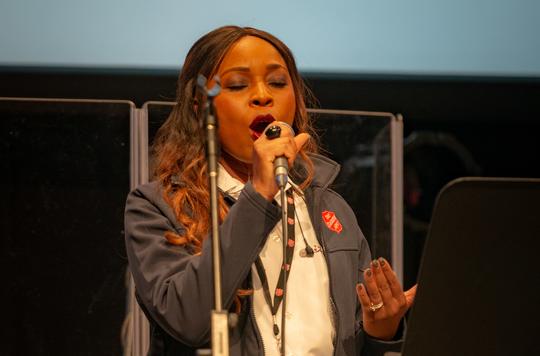