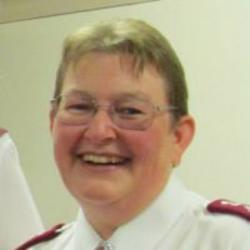 The Craft Club enables people to learn new skills, get help with their craft and enjoy being with others. Some people bring their own projects, while other have a go at something new. Refreshments and light lunch available in The Hub Cafe.

A relaxed worship meeting including songs, Bible reading, prayer and a Biblical message.

Lunch Club is open to anyone who is lonely or likes to eat with others. A two course meal with tea or coffee is provided for £5. This needs to be booked in advance

From 5:30pm Rainbows and Brownies

The pop-up shop is run by IP3 good neighbours. A variety of low priced food available for local people who struggle to make ends meet.

Art for Fun on Friday mornings is for everyone who enjoys being creative, from the complete beginner to the budding Turner. It is a relaxed session, with occasional speakers or demonstrators. Refreshments and cooked lunch is available in The Hub Cafe.

The Priory Centre aims to offer a welcoming and safe place for all.

Our love for God motivates all that we do. As Christians we care about people and we value each and every person as someone special. We try to help meet the needs of local communities through our social programme. Our practical care and concern is offered freely to those of all faiths and no faith at all.

We are committed to working with local people and with other local agencies, groups and churches to encourage healthy lifestyles, address poverty, alleviate distress, promote equal opportunities and recognise and meet the needs of the whole person.

Our programme of church and social activities is growing and we welcome both new ideas of what we can offer you and your family and your help in making these activities happen. There is a range of volunteering opportunities with the Salvation Army and we would be pleased to tell you more about these.

The Salvation Army’s work in the Priory Heath area of Ipswich began in the late 1920's when a Sunday school for the local children was started in the front room of the house in Beatty Road belonging to the Snowling family. The success of the venture led to the Salvation Army building a hall in Queensway; the first building on the shopping parade.

For many years the Salvation Army played an important role in the local community, providing a friendly, busy church and a range of family-based activities and welfare support - particularly during the depressed years of the 1930's. However, by the early 1970's the church was in decline. This decline continued during the next two decades until by the late 1990's, membership of the church was in single figures and the building was in serious need of modernisation.

Although the most obvious decision might have been to close the church down, the Salvation Army took the view that the building was in an ideal position - at the centre of four social housing estates - to meet local need in an area that had been identified as social deprived. A project worker was appointed in October 1998 to research the potential for the Salvation Army to have a relevant role in the community.

The research carried out over a twelve week period included a door-to-door survey in the area in which residents were asked to identify unmet needs in the community and to give their views as to whether the Salvation Army should be involved in helping to meet those needs and in what capacity. The result of the research was the decision to close down the existing Salvation Army church and re-develop the building as a community or social centre.

The church closed in the summer of 1999 and an appeal was made for funds to modernise and extend the building. While the money (in excess of £200,000) was being secured, the Salvation Army maintained a presence in the community by placing a portacabin on the site and appointing a development officer.

The portacabin - given the name "The Priory Centre" - was initially open two mornings a week to offer coffee and tea and the opportunity to socialise. A parent and toddler group and a women's healthy lifestyles group soon followed. Volunteers were recruited to help run the Centre.

In December 2001 the Priory Centre moved into the refurbished building. By the time of its official opening in May 2002, the Centre was open six days a week and was offering a range of different activities, including a community café. The programme continued to develop and the number of volunteers involved in running the Centre grew from the initial five to up to sixty over the next five years. Most of the volunteers were recruited from the local community. Through close working with other agencies, it was possible to offer work experience and volunteering opportunities to people with special needs, including learning disabilities, and to those recovering from mental health problems. Community work experience was also available for inmates from HMP Hollesley Bay.

The acquirement of the premises next door in 2009 have provided us with a funding stream by setting up a community store providing further volunteering opportunities, as well as providing cheap quality clothing and household items.

In 2014 an extension was added, and the Centre completely refurbished resulting in additional rooms, enlarged café area, kitchen and extra office space.

Partnership working with agencies such as SNAP housing advice, Eastern Savings and Loans have increased the capacity to offer practical support to local people visiting the Centre.

Local involvement has been a vital part of the success of the Priory Centre, not only through volunteering, but also through the seeking of local opinion and ideas for the development of the Centre. The community, as well as the volunteer team, is represented on the Centre Advisory Board which advises the Salvation Army on the running of the Centre.

The hub cafe is just the place to meet friends or make new ones. The cafe serves refreshments and light lunches including delicious home-made cakes

The Community Store is situated next door and provides good value clothing, shoes, books, linen and bric-a-brac. We are grateful for good quality donations, but are unable to accept electricals, gas items and furniture. We are also unable to collect.