Meet John, one of our fantastic volunteers, who provides transport for rescued victims of modern slavery to our safe houses as a driver. He normally works in teams of two.

His wife, Jenny regularly joins him as a chaperone, but he has also worked with other volunteers.

Recently, John and Jenny have kindly stepped up to cover more journeys than would otherwise be the case when other volunteer drivers were having to shield during the pandemic.

Typically, this involves collecting a rescued survivor from a location such as a refuge, hospital, police station etc. and taking them to a safe house, far away from the area where they were exploited and could be at risk. Our Modern Slavery team will find the survivor a room in an appropriate safe house depending on things like their gender and whether they have children.

As a lifelong member of The Salvation Army John was already aware of the work of the Modern Slavery team when considering how to use the extra time he gained when retiring from full time work. John said:

“I recognised that of all the humanitarian issues going on around the world, modern slavery and human trafficking is an issue happening right on our doorstep. Whilst I can’t do much to stop it, I can at least give some time to reducing its impact on people.”

To protect survivors’ privacy, volunteers like John aren’t told much of the background of the people they are driving. However, John remarks that their vulnerability can be all too clear.

“During the two and a half years that I have been doing this work,” he said,  “I have met people who have very clearly suffered trauma and sometimes violence at the hands of their exploiters. My aim is to offer them respect and hospitality during the journey, so they feel valued, cared-for and comfortable.

“Where someone has had a particularly traumatic experience then the fact that they fall asleep during the journey shows me that they are feeling safe and secure, and that we are doing a good job.”

John has learned a lot about modern slavery but mainly that it is indiscriminate, ruthless and not limited to specific types of people. Whatever their background they all suffer the same misfortune of falling into a situation of exploitation that is difficult to escape.

John said: “It’s hard to imagine that there are those in the world who can treat other people so badly. I am grateful to be part of the system that helps survivors out of bad situations and onto the journey towards a new and better life. Satisfaction comes from a safe arrival at the destination and a simple "thank you".” 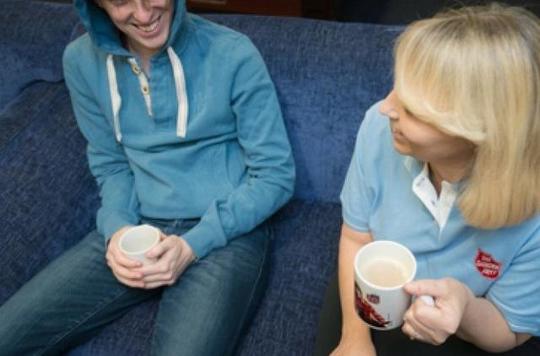 No matter how tough the challenges are that people face the Salvation Army is always there to offer a helping hand.