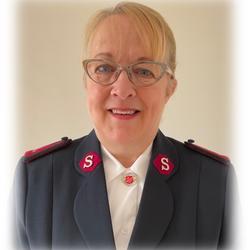 On these pages you will find more information about our church and the work that we do within our community. We are a friendly, welcoming and diverse group of people for whom being part of the Church is much more than just our worship together on a Sunday. There's plenty going on throughout the week in our building or carried out by our members in different locations. Our Christian faith compels us to reach out to the community in service and so we like to get our sleeves rolled up! We hope you find these pages useful and we'd love to hear from you.

The Salvation Army began in 1865 when William Booth, a London minister, gave up the comfort of his pulpit and decided to take his message into the streets where it would reach the poor, the homeless, the hungry and the destitute.

His original aim was to send converts to established churches of the day, but soon he realized that the poor did not feel comfortable or welcome in the pews of most of the churches and chapels of Victorian England. Regular churchgoers were appalled when these shabbily dressed, unwashed people came to join them in worship. Booth decided to found a church especially for them - the East London Christian Mission. The mission grew slowly, but Booth's faith in God remained undiminished.

Today, The Salvation Army is a truly international Christian Church, at work in 126 Countries around the globe. The beginnings of The Salvation Army in Hythe can be traced back to the Griggs family, a name which will still be familiar to local people today. Wright Griggs was born in 1862, at 36 Stade Street, Hythe, into a family that had lived in Hythe for at least four generations. The family owned a fleet of fishing boats.

At the age of eleven, Wright joined the Merchant Navy and served on the "Vivid" one of a fleet of colliers, and became "mate" of this vessel at the age of eighteen. It was while in dock at Hartlepool, at the age of seventeen, he became converted at The Salvation Army. When at home, Wright attended the Salvation Army in Folkestone, where there was great opposition, and was a foremost figure in it's defence during the riots there.

Wright had intended to marry Elizabeth Laslett, a daughter of a coastguard, in the Folkestone Salvation Army hall, but hearing that the Skeleton Army planned to bombard them with fish heads and offal, the couple secretly came to Hythe and were married in the Congregational Church in 1883. Wright continued to serve in the Merchant Navy for another three years, and was offered the Captaincy of a ship. He declined the offer in order to devote more time to the great fight for acknowledgement which the Army was making at that time. On leaving the Navy, Wright and Elizabeth became Salvation Army Officers, and commanded four Corps in the London area.

On the death of his father, he resigned as a Salvation Army Officer and returned to Hythe to carry on the family fishing business. He would not allow any of his fleet to go fishing on a Sunday, having to wait until one minute past midnight before they could put to sea.

He became a member of the Lifeboat crew in 1891 and later was appointed Coxswain. He continued serving with the lifeboat until his death, and was known as the "Father of the Lifeboat". He and his family linked up with the Army in Folkestone, and it was largely due to the pressure that Wright put on the Army that they agreed to open an Outpost at Hythe in 1895, officially opened in 1896. Wright and his family became founder members of the corps. He and Elizabeth had fourteen children, five sons and nine daughters, and were very active in the corps during the first half of the century.

Wright was Promoted to Glory on 18th September 1931, and there were many tributes to a "Man of God". The Lifeboat crews from Hythe and Dungeness were present at the funeral, and the hall was filled to overflowing. After the service the cortege was processed to Saltwood for the interment, headed by the combined Hythe and Folkestone Salvation Army Bands. Crowds lined the canal bank and streets to witness the funeral procession.

It is in this same pioneer spirit of innovation and service that The Salvation Army in Hythe continues it’s mission today.

10:00am   Sunday Worship, including 'Kidzone' (Sunday School)
6:00pm   Shepway Community Choir Rehearsal (Fourth Sunday in the month) A fun community choir open to all ages. Free of charge and no audition or experience necessary.

We gather together as a multi-generational congregation to worship God, explore what the Bible teaches us for our daily living and to enjoy fellowship with each other. Children are invited to attend 'Kidzone' (Sunday School) part way through the service. An integral part of our week is the time that we spend together in worship on a Sunday Morning at 10:00am.

There are usually around 80 of us who meet to pray, worship, open God’s Word together, respond to it's challenges for our daily living and to fellowship together. We’re a diverse bunch of people, made up of all generations and backgrounds and we promise a warm welcome to anyone who wants to join with us. Our meetings normally include sung worship accompanied by brass band or piano, a contribution from our 'songsters' (church choir) and the opportunity for those in the congregation to participate or share what God is doing in their own lives (called 'testimony'). Some of us are 'soldiers' in The Salvation Army and wear a uniform, but most of us don't and you’d be very welcome just the way you are!

Children and young people are always welcome in our meetings.

Following the meeting there is time to catch up with one another over refreshments.

Christian faith during the week, when our doors are open to offer programmes and activities for the whole community. Practical assistance to those in need may be available by appointment. Discipleship Groups exploring the Christian Faith happen at various locations and times - get in touch for more information.

Our weekday activities are always evolving, so please get in touch to find out more before attending…

Come and make yourself at home with refreshments, a space to chat, crafts and signposting to local services. Our Foodbank is also open during this time.

2:30 - 3:30pm CAMEO Club - Social activities with a Christian ethos for all adults. (CAMEO = Come And Meet Each Other)

Corps Officer/Church Leader:  Lieutenant Susan Shorland-Compton was appointed to Hythe Salvation Army Church and Community Centre by The Salvation Army in July 2021. Supported by the local leadership team, Sue delivers a ministry leading Sunday services, pastoral care and administration, along with service to the community and is also currently the Mayor's Chaplain.

Songster Leader: Wesley Carroll took up the baton as Songster Leader in the year 2000. He is also the Musical Director of our Community Choir and provides inspirational musical accompaniment for our singing groups and Sunday Worship.

Our Foodbank operates on a Wednesday morning from 10:00am - 12:00noon for direct access for those in need of food support. We are happy to take referrals from other agencies outside of these times.

Donations of food can be made inside Sainsbury's, Hythe. Monetary donations can be made below

You may have noticed Salvation Army bands playing carols at Christmas or marching down the street but the purpose of Salvation Army music is not just for outreach. It is also used for praising, for consecration, as a way to testify, to relate to listeners or just to attract attention!

Hythe Salvation Army Music includes a brass band, songsters (choir), community choir, piano & soloists whose main objective is to help lead the listener to the Gospel message using all the styles mentioned above.

Over the years the groups have all travelled throughout the UK and even abroad; most recently we spent a weekend encouraging our fellow Salvationists in Estonia.

The Community Choir is open to all ages, male and female, without discrimination and without audition, and we appeal to those who are simply after a fun couple of hours singing good music in the company of like-minded people.

The Musical Director is Wes Carroll, a highly qualified individual who combines his musical ability with humour to enthuse even the most timid of voices to sing from the heart.

Wes says, "I would rather have wrong notes with bags of style, commitment and enthusiasm that moves and connects with the audience than a note perfect performance with no style and excitement."

Our practices are held in The Salvation Army hall in Hythe at no expense to the choir members, and there are numerous events throughout the year at which the choir features.

Rehearsals are usually from 6pm - 8pm on the fourth Sunday of the month and if you'd like some dates and more information please contact us or call 01303 268792.

We are delighted that this community choir is gaining interest, and we would encourage the curious to simply 'give it a go!'

Children and young people are a valued part of our Church family and we try to integrate them into our weekly time together on a Sunday. They are able to attend a short kidzone (Sunday School) session during the second half of the service on a Sunday morning.

In addition to this, those aged 3 - 11, and their parents, meet together on the first Sunday of every month from 2.00pm - 3.00pm for a longer Kidzone session. Each session is designed to help the children explore their faith and spirituality in an interactive and engaging way through stories, games and crafts.

There is also a 'Youth Group' for those in High School. Please get in touch if this is something you’d like more information on.

It’s important for parents and carers to be able to build up supportive networks informally in a safe environment and for young children to be able to play and interact together.

That’s why on a Monday & Tuesday Morning from 9:30-11:00am we hold our ‘Toddler Groups’. Established for nearly 30 years, the toddler groups are known for their fun, safety and friendliness!

Each session costs £1.50 per child and is open to parents, grandparents, carers and child minders with children aged from 0-4 years. Activities include free play with a variety of toys and games, singing, crafts, plus refreshments for the adults too. Our capacity is limited and each session can be booked below:

The Salvation Army Church and Community Centre in Hythe is reaching out to the local community for its support, to help us support others, at Christmas 2021. Each Christmas we provide toys and gifts to local families in need, meals and company to those who would be on their own and food to those who are struggling to make ends meet. In addition, we seek to play an important part in the life of our community all year round through our foodbank, toddler groups, parenting courses, youth group and drop in centre.

All financial support offered this Christmastime will be put to good use in our local community.