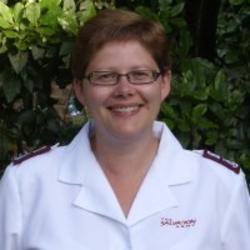 Find out about our work and other local activities on our Facebook page.

The Salvation Army works with some of the most vulnerable people in society. As we face the worst public health crisis in our lifetime, people on the margins need us now more than ever.

From running food banks and checking up on people who live alone, to offering counselling and supporting NHS isolation units, Salvation Army churches all over the country are responding to the crisis in dozens of different ways.

Please visit the Boston JustGiving page and donate what you can. Help us support as many people as possible.

First in the month

Songster Brigade
Our adult choir (14+), called the Songster Brigade, has about 30 members and is led by Songster Leader Wendy Keller. With a wide repertoire at their disposal, the Songsters sing at both of our services on a Sunday as well as at other engagements.

Singing Company
The junior choir, or Singing Company, is led by Singing Company Leader James Addis. It is made up of about 10 young people who enjoy singing a wide variety of music and can be heard in our Family meeting on a Sunday morning.

Timbrel Brigade
The Timbrel Brigade is traditionally one of the most recognisable elements of a Salvation Army open air. Our Timbrel Brigade has about 8 players who perform at special meetings and events, as well as our open air meetings.

Senior Band
Our band has about 25 players across all ages (14+). It is under the leadership of Band Master Paul Clark. The band plays most weeks during the Sunday evening meeting and has other engagements during the year, being especially busy at Christmas.

Young People’s Band
The young people’s band is for members aged 7-18 years who play or are learning to play a brass instrument.  It is currently looked after by Deputy Band Leader Alex Addis and plays during our Family meeting on a Sunday morning and at other engagements.

Cornerstones
Cornerstones is a worship group made up of those aged 13 upwards, formed originally to accompany the more modern worship songs, but now also able to ‘perform’ in their own right.

The group includes woodwind, brass and percussion instruments, guitars and also voices. There is no minimum or maximum number to make up the group, but we prefer ages 13 and over and people who profess to be Christians. The music we use is played as a witness to the Christian faith and also to evangelise.

The name came from nowhere. We were considering what we should be called when in a youth meeting we were reminded that Jesus is our cornerstone. And that was it!

We have rooms available for booking by other groups and organisations. If you would like more information, or to make a booking, email roombookings@bostonsa.org.uk. Our prices are as follows:

The following presentation aids are available on request:

A session is a morning OR an afternoon OR an evening.

This calendar shows periods for which each room is already booked:

Terms and conditions are to be agreed in accordance with Salvation Army licensing procedures. No group is to start activities without a licence. Salvation Army principals are to be adhered to – no alcohol or gambling including raffles or tombolas.

Opening Times:
Monday to Friday - 10am to 12pm
Open to anyone and everyone!

The Salvation Army ‘Bridge Drop in Centre’ opened on Monday 8th March 2010. It was opened with the ethos of serving everyone regardless of race, creed or colour.

The opening hours are Monday to Wednesday and Friday 10.00am  to 12 noon.

‘The Bridge’ was set up to meet the needs of those who have little of life’s luxuries. We give soup and toast, hot drinks and a biscuit to all who come in and ask. We make no charge for this, but donations are gratefully received, and some of our clients are very generous.

We also extend the hand of friendship by being available to speak with those who need someone to listen to them.

Over the past three years we have had thousands of men, women and children into ‘The Bridge’, and everyone who works and volunteers in ‘The Bridge’ has found it a privilege to be a part of this ministry. Our hope is that we will continue to be a ‘Bridge where we can be Heart to God and Hand to Man through this avenue of service.