William Booth strongly believed that people needed to be helped practically, with food and employment, before they could be saved spiritually. In line with this, The Salvation Army began its social work in Britain in 1884. It continues to grow and develop in a range of areas including homelessness, addiction services and anti human trafficking.

The Salvation Army’s formal social work in the UK traces its origins back to the 1880s when Elizabeth Cottrill, a soldier of Whitechapel Corps, took an interest in girls from the streets who had been converted.  She took them home, fed and clothed them.  In 1884, the work moved to a house in Hanbury Street, Whitechapel, which became the first Salvation Army rescue home.

In 1885 Josephine Butler, a campaigner for women’s rights, wrote to Florence Booth concerning the sale of young girls into sex work.  Florence, as pioneer leader of The Salvation Army’s Women’s Social Services, had gained an insight into the lives of young female sex workers. Through this, the practice of trafficking girls for ‘immoral purposes’, both in the UK and overseas came to the attention of The Salvation Army. With their help W T Stead, editor of the Pall Mall Gazette investigated these claims and published his findings in his newspaper as a series of sensational articles – ‘The Maiden Tribute of Modern Babylon’ - in July 1885.  Just weeks later the law was changed, raising the age of consent from thirteen to sixteen years.

Some girls who sought help in Salvation Army rescue homes were pregnant, which led to the opening of maternity homes. Such was the demand for maternity care for unmarried girls, that in 1888 a maternity hospital was opened in Hackney. The successor to this hospital was known as The Mothers’ Hospital. By the time it closed in 1986, 124 000 babies had been born there, and 3000 nurses had been trained in its Midwifery Training School.

By the mid-1880s it was felt that ordinary Salvation Army corps evangelism was not reaching the most deprived slum residents and so new slum posts began to be established. The ‘Cellar, Gutter and Garret Brigades’, groups of female cadets from The Salvation Army Training Home, were the pioneers of this work. Sent to live in London’s slums, they offered spiritual and practical assistance to local residents, undertaking visitation, cleaning, nursing and childcare as well as advocating temperance and preaching the message of Jesus.

Whitechapel and Stepney were among the first areas to have Salvation Army slum posts. Later, a training centre for slum officers opened on Hackney Road, and other posts were established in Bethnal Green, Bow, Shadwell and Limehouse.

As well as supporting women in the east end, Slum Sisters would travel with east enders to Kent for the hop-picking season and provide childcare and canteens at the hop pickers’ camps. They also helped to organised trips to the country and seaside for children and ‘worn-out’ mothers.

On 23 February 1888 The Salvation Army opened a site in Limehouse to sell soup and bread to men for a farthing. As well as providing nourishment, this site offered shelter for the night and is believed to have been The Salvation Army’s first hostel for men. A second of its kind was soon to follow. In 1889 what had previously been the Whitechapel corps headquarters was transformed initially into a food depot and then a food shelter with space for 100 men.

In the 1890s new institutions called elevators were developed, the first being Hanbury Street Elevator. This became one of four central London elevators where destitute men could find paid work that helped them to re-establish (or ‘elevate’) themselves and subsequently re-enter external employment. The main occupation undertaken in the elevators was paper sorting and recycling but other tasks also included rag sorting, carpentry, wood cutting and weaving.

In 1890 William Booth published In Darkest England and the Way Out, his plan for tackling poverty in Britain, which became a best-seller. After its publication, The Salvation Army’s social work was formally organised as the Darkest England Scheme.

By then The Salvation Army had already begun initiatives in family tracing and adoption, as well as the rescue homes, maternity home, men’s hostels and slum posts described above. Among the new initiatives launched as a part of the Darkest England Scheme was a model match factory located in Bow, which opened in 1891 in an attempt to improve the lot of the mainly female workforce who were poorly-paid and worked in exhausting, dangerous conditions.  This initiative contributed to the raising of standards in all British match factories.  In 1907 an Anti-Suicide Bureau was also set up.  During the Bureau’s first three years over 1000 people were helped.

You can find out more about the Darkest England scheme in our current temporary exhibition.

One of the longest serving Salvation Army social centres is Hadleigh Farm in Essex; a 900-acre farm which opened in 1891 as an agricultural training centre for boys and men. Accommodation and training facilities were built for men who had passed through the Salvation Army’s shelters and elevators.  Brick-fields were opened, with a railway moving bricks to a wharf, where barges were loaded with bricks bound to be shipped to London.  Known as Hadleigh Farm Colony, it was home to sheep, pigs and cattle as well as several hundred ‘colonists’ at a time.  In the 1920s Hadleigh was used as the primary training centre for teenage boys wishing to participate in The Salvation Army’s migration scheme. Boys would undergo agricultural training at Hadleigh Farm before catching a boat overseas to begin their new lives as farmers in Australia, New Zealand or Canada. Hadleigh Farm still operates today as an Employment Training Centre, providing skills development for adults with additional support needs. 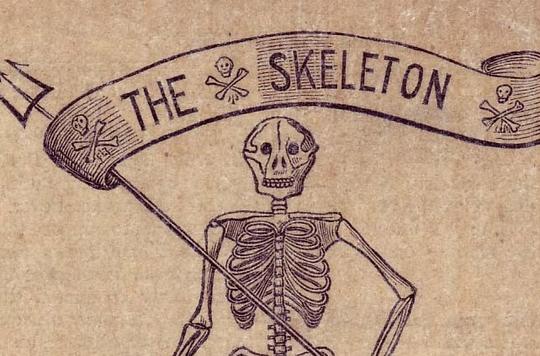 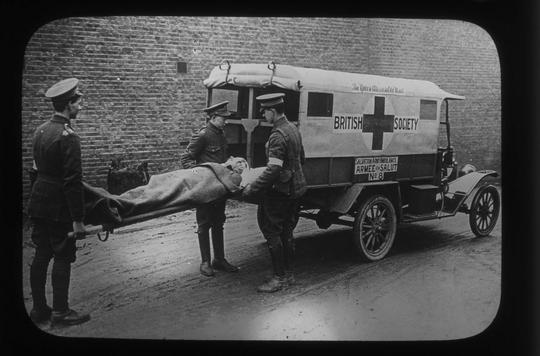 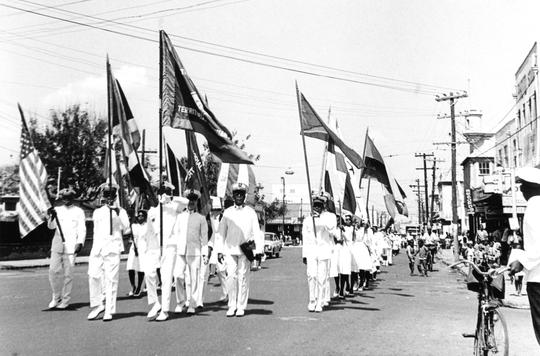