Looking at the above picture you’d be forgiven for thinking that the volume in the centre would be easy to describe in our archive catalogue. The old and trustworthy-looking label clearly states that this book comes from Lanark House and covers 1886-1892. The spine is embossed ‘Girls’ Statement’ and when you open the first page you see it contains …

Sure enough, until recently, the book was catalogued in our Lanark House collection along with five other volumes:

‘Cotswold?’ you might be thinking. ‘Where did that come from?’ We’ll come back to that in a minute.

As archivists, our goal is to catalogue records in a way that accurately reflects both their provenance (where they came from) and their functional context (what they were created for). From the list of labels above it’s easy to see why that posed problems in this case. First of all, there are at least three different kinds of records: history books, girls’ statements, and assisted cases records. Fortunately, that’s not too much of a problem because archivists have a system for dealing with different kinds of records from the same organisation or department. We group them into what we call record series within an overall collection: series 1 = history books; series 2 = statement books; series 3 = assisted cases registers. So far so good.Next though, we have the problem of Lanark House being described as a knitting home on one set of records and as the London receiving home on another set of records.

Of course it’s quite possible that the same building could be used for more than one function over time, and this was certainly the case with Lanark House. The Salvation Army used it as a knitting home from 1902-1906 and 1910-1929, and as a receiving home from 1930-1943. However, we know the address of Lanark House was 13 Laura Place – the building’s still there today – so, going back to the list of volumes above, where does 122 Lower Clapton Road come into the equation?  And what has Cotswold got to do with anything?It’s certainly a complicated picture. The six books had been catalogued together as the Lanark House collection because Lanark House seemed to be the one constant. To clear up the mystery Cotswold connection, an entry in the Women’s Social Headquarters directory of homes and hostels states:

However, the same directory then goes on to say that after only eight months,

The Lanark House link seemed to be a reasonable way of grouping these records together into a collection, until an enquiry from a member of the public made it all unravel. My colleague Kevin, The Salvation Army Social Historian, had been asked to look for the records of an early twentieth century resident of Lanark House when he noticed that the ‘Lanark House 1886-1892’ and ‘Cotswold’ volumes didn’t really fit. For starters, The Salvation Army didn’t actually acquire Lanark House until 1896!

To find the true identity of the mislabelled 1886-1892 volume Kevin had to do a lot of cross-checking with other records in our collection. The Salvation Army’s Women’s Social Work Headquarters kept centralised records of women entering and leaving their rescue homes throughout the country from February 1886 onwards and fortunately these have survived in our archives. Kevin was therefore able to look up the women who appeared in the 1886-1892 Girls’ Statement book and find out which home the central records said they’d been helped at. To our surprise, the first nineteen women had all been residents at The Salvation Army’s rescue home in Chelsea, a home we knew very little about because we thought none of its records had survived. We knew Chelsea had been a maternity home with a trained midwife specially recruited to be in charge, but these first nineteen entries pre-dated the appointment of the midwife, Mrs Frost, and none of them was recorded as being pregnant.

However, entry number 20 in the volume, a woman who applied for help from The Salvation Army in November 1886, had been sent to a different home. This was one of three The Army had recently opened on Navarino Road in Dalston. The ‘home numbers’ residents were assigned in the Girls’ Statement book continued uninterrupted across this move suggesting a previously unknown transfer of function from the Chelsea Home to 44 Navarino Road or ‘Dalston III’ rescue home. Perhaps this was to make way for the maternity work that the Chelsea Home then began to take on.Having made these discoveries, the book led us on to another. We knew that The Salvation Army was suddenly forced to give up its lease on the three rescue homes in Navarino Road in December 1888, but the girls’ statements in our mislabelled ‘Lanark House’ volume continued, with continuous numbering, up to December 1892. Where did this rescue home go next? The central Headquarters records again gave us the answer: entry number 155, Alice Radford, was admitted to a new rescue home on Amhurst Road on 2 January 1889.

Clearly, you can’t take labels at face value! We’re still not sure when and why this volume of records from the Chelsea, Dalston III and Amhurst Road homes came to be mixed in with the records of Lanark House and labelled accordingly—certainly long before it arrived in our archives. The rescue home never transferred from Amhurst Road into Lanark House, but both homes did share a warden in the early part of the twentieth century, so it might have been during this period of shared management that the volume was mislabelled. In any case, taking a closer look at the volume’s contents has allowed us to recatalogue it in a way that more accurately reflects its provenance and functional context.As for Cotswold, a home for mothers and infants, we’ve seen that it began life in February 1926 at 13 Laura Place, in the property we’d always known as Lanark House. However, with research, it gradually became clear that there was no functional link between ‘Cotswold’ and ‘Lanark House’ even though they both used the same building. By examining a range of Women’s Social Work records, directories and publications, we discovered that for the eight months Cotswold occupied 13 Laura Place, another Salvation Army property next door at 122 Lower Clapton Road became known as Lanark House and took on both its residents and its function as a knitting home. 13 Laura Place reverted back to being Lanark House, the knitting home, in October 1926. From an archival point of view, the lack of a functional link between Cotswold and Lanark House meant the Cotswold volume needed to be recatalogued separately.

It was clearly very common among officers of The Salvation Army Women’s Social Work to use the name of a property as shorthand for its function but this makes life trickier for those of us trying to understand the history and work of particular homes today. Working on these volumes has been a lesson in looking a bit deeper, and we hope we’ve now untangled the history and records of Lanark House, Cotswold and Amhurst Road for good. 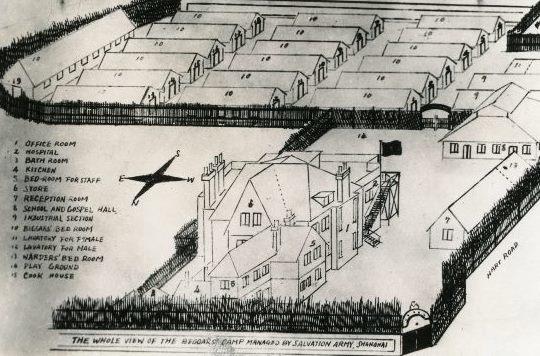 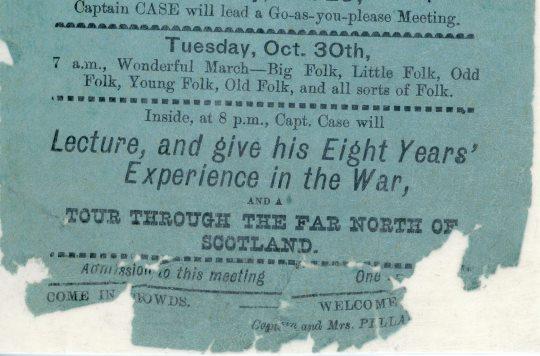 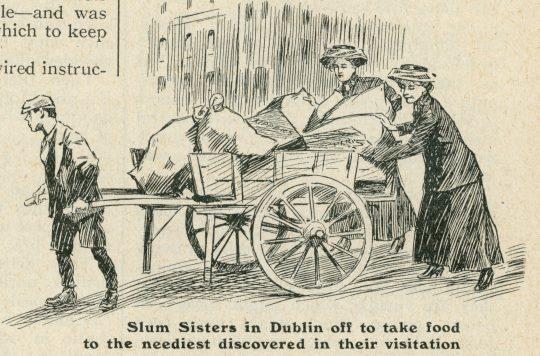