Tune in to BBC One's Songs of Praise for the next two Sundays (16 and 23 August) and you will see members of the International Staff Songsters.​

The International Staff Songsters sang an arrangement of the well-known hymn H​ere is Love during the Songs of Praise episode broadcast on BBC One Sunday 16 August during a feature on Trentham Gardens. We also recorded three other songs to be used in a programme broadcast on 23 August that will be about The Salvation Army.

Due to social distancing rules, only 13 members of the normally 30-strong ISS were allowed to be filmed by the Songs of Praise team when their four hymns. The Songsters were not allowed to actually sing, but had to 'mime' to tracks from their recordings while stood two metres apart from each other in the grounds of Trentham Gardens.

The life-changing work and mission of The Salvation Army is the subject of a special episode of the programme going out on Sunday 23 August on BBC One at 1:15pm and available to watch again on BBC iPlayer in the UK. ​

Contents include a feature on Salvation Army officer Lieutenant Daniel Holland who returned to nursing in the NHS working on a Covid-19 ward during the pandemic and about how the Hadleigh Farm Estate, where many of the interviews were filmed, has adapted and responded since lockdown by providing a food distribution centre for corps in south Essex.

During the episode, presenter Reverend Kate Bottley meets Estate Director Ciaran Egan who explains how in 1891 William Booth established a pioneering social programme at Hadleigh Farm to empower people living in poverty and experiencing long term unemployment. Reverend Kate then meets Hadleigh trainee Anthony on a break from working on the Estate allotment. Anthony tells Reverend Kate: "If it wasn't for The Salvation Army and coming to Hadleigh Farm, I would be sitting at home bored."

At the end of a full day of filming and interviews at Hadleigh, Reverend Kate meets members of the community timbrel outreach group Timbreltastic, led by Salvationist Zena Osterberg of Hadleigh Temple. Zena explains how Timbreltastic is The Salvation Army’s unique fusion of traditional tambourine playing and contemporary dance exercise which is open to all.

The International Staff Songsters provide three songs - Breathe, Make a Joyful Noise and Sing and Rejoice - in the 23 August episode in​ recognition of their 40th anniversary of music-making this year. Leader Dorothy Nancekievill and alto singer Lesley Nicholson, who is also a prison-chaplain for The Salvation Army, are interviewed by former presenter JB Gill at William Booth College.​

Also included in the programme are two congregational songs recorded in 2015 at Sale Salvation Army; Strength will rise and For the beauty of the earth. 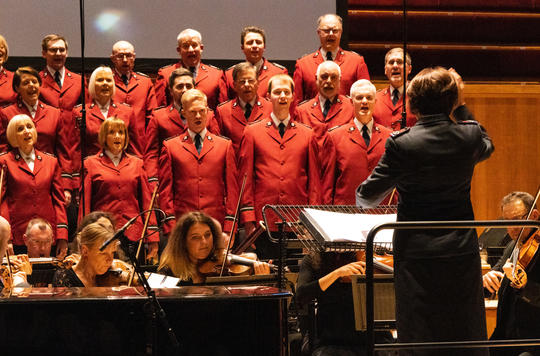 Wherever we go, the Songsters seek to introduce people to Christ and change lives through music 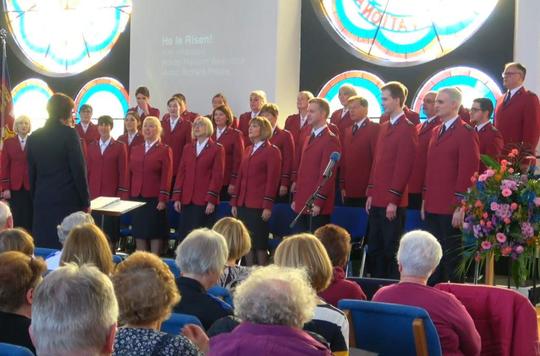 Recordings of the International Staff Songsters 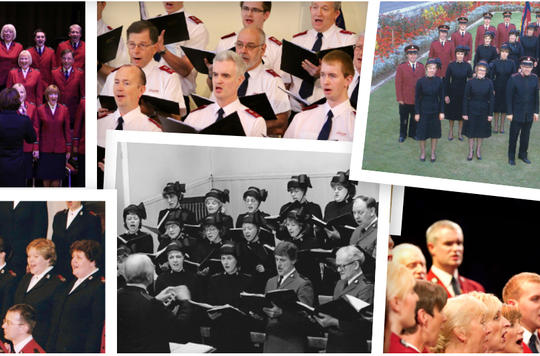