Elijah Cadman was born in Coventry on 10 December 1843 to Elijah Cadman and Mary Poole. Elijah senior was transported to Australia in June 1845 for stealing and Cadman was soon working as a silk weaver alongside his mother and sister. He went on to work as a chimney sweep until he was 13. The following years were spent amongst the ale houses, boxing matches and public executions of Warwickshire.

Then Cadman began a process, via abstinence from tobacco and alcohol, which led him to become a Primitive Methodist preacher in Rugby. At this time Cadman was illiterate and he had to memorise songs and bible verses. He was taught to read and write by Maria Rosina Russell (b 1841), whom he married in 1865. They had 6 children: Harriet, Rachel, Beatrice and Charles, and Alice and Samson (who died as children).

Militarization of the Mission

During the course of 1876, Cadman became aware of William Booth and went to London to meet him. Cadman was so impressed by Booth that a fortnight later he moved, with Maria, to the capital and became a travelling evangelist with the Christian Mission.

Cadman was instrumental in the militarization of the language used by the Mission. After arriving in Whitby in September 1877, he printed handbills reading “War! War! in Whitby. 2,000 men and women wanted at once to join the Hallelujah Army, that is making an attack on the Devil’s Kingdom […] to be led by Captain Cadman.’ He was soon referring to William Booth as ‘General of the Hallelujah army’ and his reports in The Christian Mission Magazine were ‘War News.’

With the formal introduction of ranks, Cadman became a Major with the Yorkshire Division, where he spread The Salvation Army throughout the county; opening Corps at York, Scarborough, Halifax and Shipley. In 1888 he was appointed to International Headquarters in London and in 1890, now a Colonel, he became the first leader of the Men's Social Work Headquarters and administered the ‘Darkest England’ scheme.

Cadman later held the role of International Travelling Commissioner and accompanied William Booth on all his motorcades. Cadman himself went on several international tours, including to Africa in 1903, Australia in 1907 and Canada in 1908-1909.

Elijah and Marina Cadman retired from active service in 1915 and lived in Catford, south London. 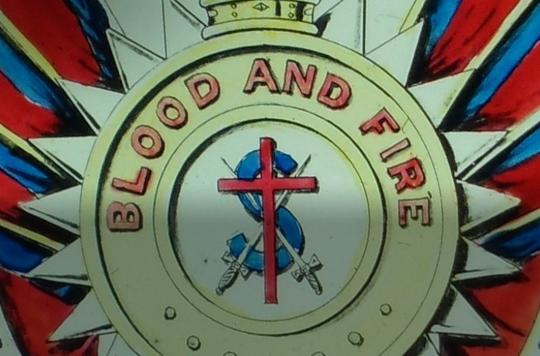