Bramwell Booth was born in 1856. By his teens, he was his father’s right-hand man, a loyal adviser and administrator, and was to become the Army’s Chief of the Staff. In 1912 he was appointed General. His autocratic leadership style based on his father’s was not always popular. In later years and declining health, his leadership was questioned, resulting in a bitter struggle. He died in 1929.

Ballington Booth, born in 1857, preached at Army meetings from an early age. In 1887, he was appointed with his wife Maud to command work in the USA. In 1895, informed they would be transferred, Ballington and Maud implored the General to reconsider. After an emotional exchange of letters with the Founder and Bramwell, they left the Army to found the Volunteers of America. Ballington led the VOA until his death in 1940.

Catherine Booth-Clibborn was born in 1858. As a teenager she excelled at preaching. She pioneered the Army in France so effectively she became known as ‘La Maréchale’. Catherine married Arthur Clibborn and they had ten children. They worked together across Europe, but became unhappy with the Army’s restrictive teaching and in 1902 both resigned. Catherine had little contact with her father and siblings for the rest of her life. She died in 1955.

Emma Booth-Tucker was born in 1860. At 20, she became the principal of the first Army training home for women. She married Frederick Tucker, pioneer of work in India, where they worked together for some time. They were posted to the USA in 1896, where Emma was given the title of ‘Consul’. In 1903, aged 43, Emma was tragically killed in a train accident.

Herbert Booth was born in 1862. He was a talented musician, writing many songs for the Army. By the age of 27 he was in command of the Army throughout the British Isles. With his wife Cornelie, he also worked in Canada and Australia, where he pioneered the development of the Limelight Department, a Salvation Army film studio. Herbert had a disagreement with his father and brother Bramwell, and eventually Herbert and Cornelie sent a ‘broken-hearted resignation’ in 1902. Herbert died in 1926.

Marian Booth, known as Marie, was born in 1864, the third daughter of William & Catherine. She suffered from poor health and was unable to work regularly for the Army. She was however given the permanent rank of staff-captain. Her sister Evangeline often took care of her. She died in 1937 aged 72.

Evangeline Booth was born in 1865. At age 20, she became officer in charge of Marylebone corps. She went on to lead the Army in Canada, before becoming US Commander in 1904. Evangeline spent thirty years in America, before serving as General from 1934-1939. The Army prospered under her leadership, and Evangeline traveled extensively around the world. She died in 1950.

Lucy Booth-Hellberg was born in 1868. In 1890, she went with her sister Emma to work with the Army in India. In 1894, she married Swedish officer, Colonel Emanuel Daniel Hellberg. Together, they commanded the Indian Territory, and worked in France and Switzerland. After her husband’s death in 1909, Lucy served as territorial commander in Denmark, Norway and South America. Receiving the Army’s most prestigious award, the Order of the Founder, she died in 1953. 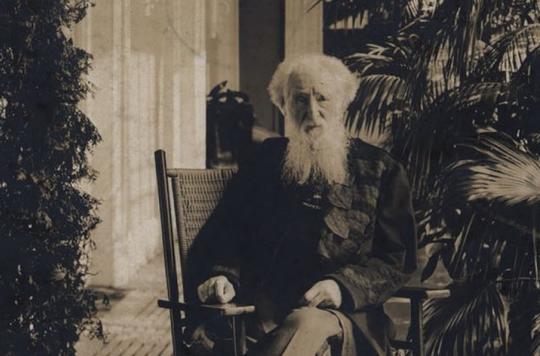